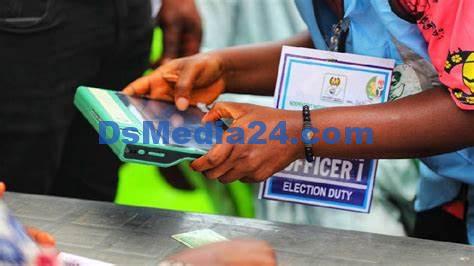 Rasaq Adeosun, the prosecution’s second witness in the ongoing Election Petition Tribunal hearing cases related to the July 16 governorship election in Osun State, claimed on Tuesday that the Bimodal Voter Accreditation System was not utilized in 749 polling locations.

Under cross-examination, Adeosun, the State Collation Agent for the All Progressives Congress candidate at the election, Adegboyega Oyetola, informed the tribunal that he was unable to confirm whether party members signed election result sheets at the polling places that his candidate was contesting in front of the tribunal.

Additionally, in response to inquiries from the attorney for the first respondent in the case, the chairman of the Independent National Electoral Commission, Prof. Paul Ananaba, SAN, Adeosun, who claimed to be an Oyetola appointee, told the panel that while he was present at the state collation center on election day, he only heard reports of events from ward agents of his party.

In his witness statement, he stated that the Peoples Democratic Party received 403,364 votes, but he also admitted signing his name to the form EC8D1, which records votes cast for parties.

Ademola Adeleke, the PDP candidate, attended several institutions, but Adeosun insisted that none of them had admission policies or criteria, and he claimed to have never seen nor been present during any court proceedings in which Adeleke was being tried for forgery.

He further acknowledged that he was not present at all of the 749 contested voting locations when INEC officials announced the election’s results.

Sheu Mohammed, the deputy director of election and party monitoring for INEC in Osun, had already appeared before the tribunal earlier in the day in response to a subpoena served on the organization. Adeleke had requested that Sheu Mohammed appear and present filings for the 2018 governorship election.

The PDP National Secretariat submitted Adeleke’s documents to INEC Headquarters in Abuja, from where photocopies were forwarded to the Osun office so the documents could be exhibited, according to Mohammed in response to inquiries from the tribunal’s chairman, Justice Tetse Kume.

He added that Osun INEC’s office had been decluttered and that only the election results were being preserved once the election dispute was resolved.

Mr. Akin Olujinmi, SAN, the petitioners’ attorney, requested that the panel direct the Osun Resident Electoral Commissioner to go to the national secretariat of the commission and obtain the documents since failing to do so would be considered a disobedience of the order.

However, the INEC’s legal representative, Ananaba, insisted that although an official from Osun appeared as required by the subpoena issued to the commission, the Osun Resident Electoral Commissioner might not be able to go to the INEC headquarters to ask for Adeleke’s 2018 filings because of procedure.

As the INEC chairman was the commission’s recordkeeper, he added that the subpoena on INEC had run its course and could not be renewed.

Additionally, the attorneys for Adeleke, Onyeachi Ikpeazu, SAN, and Dr. Alex Izinyon, SAN, who represented the PDP, said in separate submissions that since they had already obtained Certified True Copies of the documents that the petitioners had requested, asking INEC Abuja to appear to present them might not be necessary.

Although doing so would aid him in pursuing his case, Olujinmi maintained that the tribunal should require the commission to provide the certifications.

READ ALSO:  If he can get 1000 retweets, a tweep named @naughti_awol has promised to travel to Kano from Lagos to get Kwankwaso to deputise Kwankwaso on an Obi/Kwankwaso ticket

The tribunal’s chairman, Justice Kume, listened to both sides of the case before reserving his decision until Friday and adjourning further sessions.