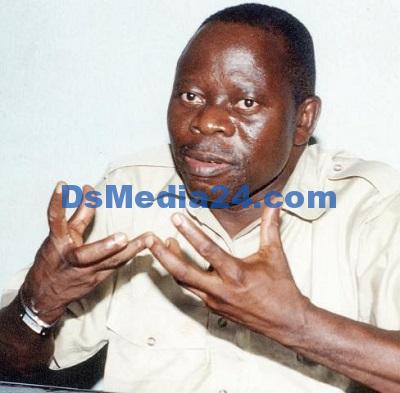 Comrade Adams Oshiomhole, a former national chairman of the All Progressives Congress (APC), claimed that Peter Obi, the presidential candidate for the Labour Party, “contributes to how Nigeria is going down.”

This was said by Oshiomhole at the flag-off of the APC’s presidential and senatorial campaigns in Auchi, Edo.

Obi, who Oshiomhole characterized as a man who was unable to expand and build the economy of Anambra state while serving as governor, was warned against by the Nigerians.

“Obi owns the largest shopping center in Abuja, and all the goods sold there are imported, so if he is selling imported wines, clothes, and other goods, he is contributing to why Nigeria is declining because he is importing unemployment from abroad and creating jobs in Nigeria,” the man said.

Oshiomhole stated he is not running for the National Assembly seat in order to become a senator and that he shares tricycles, motorbikes, and grinding machines with orphans, young people, and widows.

He declared that he will attend the National Assembly to modify the country’s budgetary structure so that the budget would serve the needs of the people.

“I am concerned about how the National Assembly handles its finances. I want to go there and make a case for changing our budgeting structure on the Assembly floor. The public must benefit from our budget.

“I want to be a senator, not a senator who buys motorbikes or Keke Napeps for 10 out of 10,000 young people or shares grinding machines with widows. I can help widows and young people without having to be a senator. I have done that and I still do it; today, I’m paying someone’s school fee so they may attend school, the man remarked.

He declared that if he can battle in the streets for regular Nigerians, he will fight even harder on the Assembly floor to guarantee that Nigeria and the Edo North Senatorial district gain more from the national Assembly.

“That is not lawmaking,” he remarked, “I can’t have N500 million for a constituency project and go purchase Keke napeps motor bikes and grinding equipment.”

The National Assembly will take half of the money budgeted for a road and approve four other roads on that approved fund, which is why we have unfinished roads throughout Nigeria, the minister of works told me.

When the executive presents a budget, “you don’t start new roads when the existing ones are not completed,” he promised to use the Senate floor to ensure.

He urged Nigerians to choose a candidate who had demonstrated success in previous political roles held by them, noting that among those running for president, Senator Ahmed Bola Tinubu of the APC stands out as a standout performer.

“Tinubu is the most qualified candidate to serve as president in 2023. They are criticizing him because they can’t dispute his performance. They claimed he had no formal education but claimed he was the Mobil oil company’s treasurer. Will an oil company hire a person without a degree as its chief accountant or treasurer?

“You have seen how Tinubu changed Lagos; he mentored and helped develop a young performer into a leader. Because of this, he has also produced ministers, governors, and senators, among others. Therefore, Tinubu is the one who will mentor and raise young Nigerians.