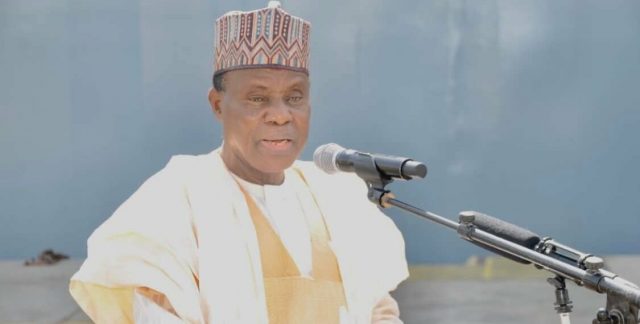 Bashir Magashi, the minister of defense, claims that Nigeria needs prayers from the US government rather than a terror notice that would “confuse” Nigerians.

During the budget hearing on Tuesday, Mr. Magashi made this statement in response to inquiries from the House of Representatives Committee on Defence.

He said that the security council meeting on Monday covered the US government’s recent terror alert.

According to PREMIUM TIMES, the US and UK embassies in Nigeria also sent out separate security alerts on Sunday regarding potential terrorist threats in Abuja.

In a further escalation of the threat, the US Department of State authorized the departure of certain of its people who were willing to leave Nigeria as a result of the notice.

The US embassy in Abuja also stopped providing consular services.

In a security alert sent to its expats on Friday, Julius Berger advised them to stay away from any public activities in the FCT for a certain amount of time.

The cautions were, however, denounced by the Nigerian government through the Minister of Information, Lai Mohammed. Nigeria’s administration emphasized that the country is safe, especially the capital city of Abuja.

‘Prayers are needed,’ We need prayers from the United States, not knowledge that will leave our population perplexed or unable to take the necessary action, according to Mr. Magashi.

The government is not prepared to take chances, he conceded, and there is “no smoke without fire.”

The minister disclosed that the intelligence services had given the government information to help it respond to the terror threat.

READ ALSO:  Ademola Adeleke Discusses What He Did After Someone Accused Him of Not Having a WAEC Certificate

The primary tactic, according to him, is to ensure vigilant and take preventative action against any potential attack.

In order to ensure that such information is in the future sent to the government directly and not to civilians, Mr. Magashi revealed that the Minister of Foreign Affairs, Geoffrey Onyeama, has been instructed to interface with the US administration and others.

He stated, “Our minister of foreign affairs is taking it up to ensure that material of that sort is brought to the ministry’s attention before being distributed to the society.

The Committee’s Chairman, Babajimi Benson (APC, Lagos), stated earlier in his presentation that the military must take the terror threat very seriously.

“This Committee requests that the Nigerian Armed Forces pay attention to the US government’s recent security alert in Nigeria. To ensure that all security concerns are completely eliminated and Nigerians can live in peace, we implore you to work efficiently with sister security services, he added.

The House Committee on Army also gave the administration instructions to take all necessary precautions to stop terrorist strikes in the nation.
Abdulrasak Namdas (APC, Adamawa), the committee’s chairman, gave the Nigerian Army the order to send out enough troops to defend the capital.

When Faruk Yahaya, the Chief of Army Staff, spoke before the committee on Tuesday to defend the army’s budget, Mr. Namdas issued the order.

The congressman declared: “The army must deploy sufficient forces to Abuja to contain any security breaches of the extent claimed by the aforementioned security alert.”

Public hearings on the proposed 2023 budget are now being held by House standing committees.