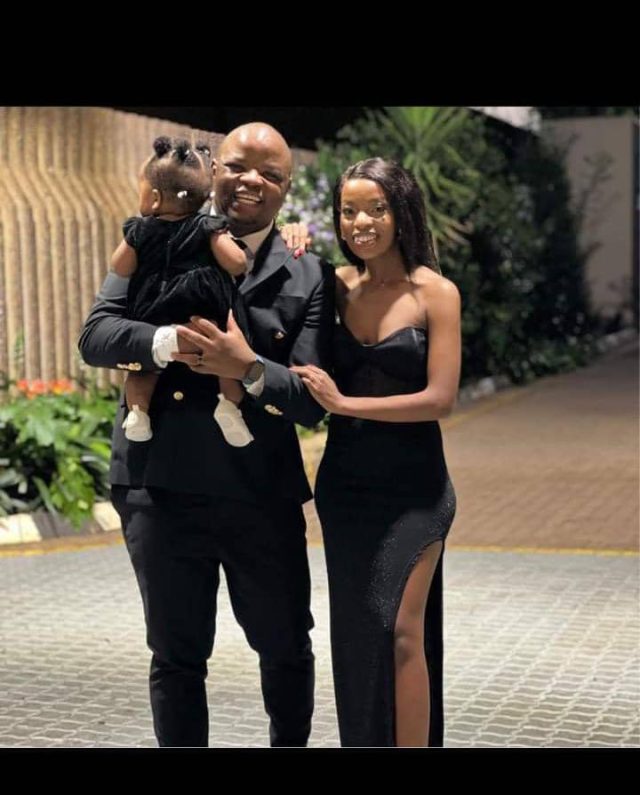 Themb, a South African man, has told what his wife does to help him out. He said that his wife helps him pay the bills so that he doesn’t have to do it all by himself.

In a Facebook post, Themb said that when he buys plane tickets, his wife pays for the food they eat on the plane.

He says that his wife usually gives the waiter or waitress a tip when he pays for their food. So, he said that his wife is a part of his destiny.

He also said that he is married to a woman who always loves and praises him.

His words were, “I’m married to a woman who says.

Baby, since you bought the tickets, let me pay for our food.

Baby, since you paid for our food, let me give a tip to our waiter or waitress.

Love, you paid for the plane tickets, so Mina, let me pay for the rental car.

I’m married to a woman who loves me and makes me feel good about myself.

My wife makes me lighter on my feet.” 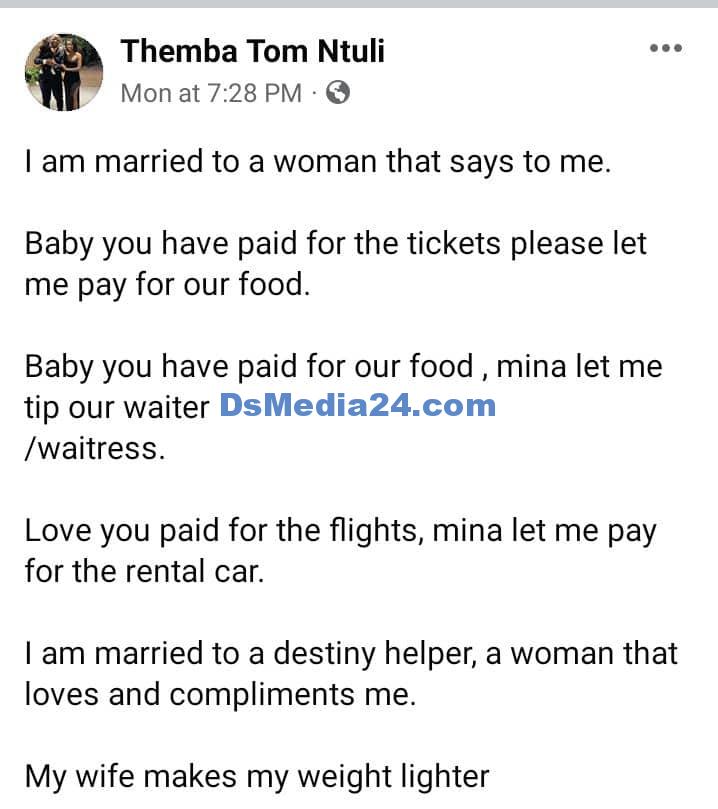