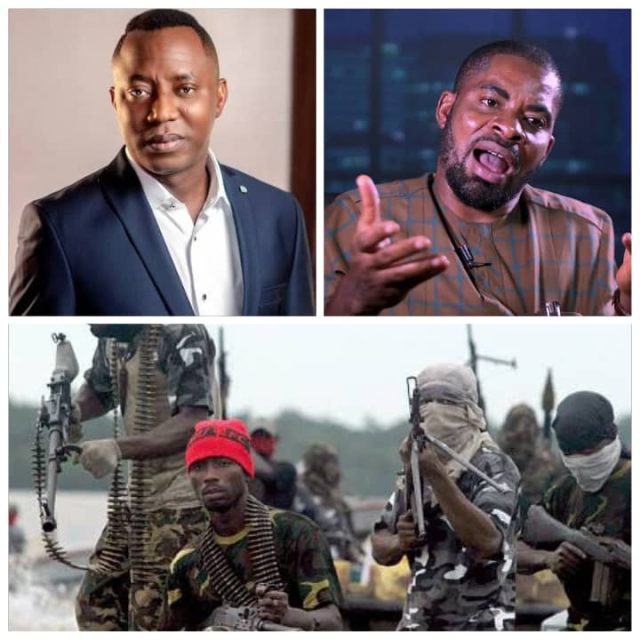 Movement for Emancipation of Niger Delta, or MEND, is upset and angry about a report from online news site Sahara Reporters.

The leadership of MEND said that Diri hasn’t been to South Africa in the last ten years and hasn’t had a personal relationship with the Speaker. They also said that the allegation is false, wrong, and unfounded.

In a statement on Saturday, MEND through its Spokesman Commander Inetimi Godspower warned Sahara Reporters and activist Deji to take down the news or provoke the group into leaving the creek to fish then out for sever legal and physical action.

The group wondered why the activist would share what they called a “blatant lie” on his social media platforms. They warned that if the news is not taken down with an apology, both the publisher and the people who shared it will have to answer for what they did.

“We know that this is just the evil work of politicians who are jealous of how well the Governor is doing and want to hurt his reputation.

“This will be the last time they try to blackmail and hurt the reputation of the Governor General of Ijaw nations, who is doing a good job.” This man has led the state in a way that has changed things for the better.

“Sahara Reporters, Deji Adeyanju, and the people who pay for them will know that there is a price to pay for spreading false information. If they don’t, there will be serious consequences. They must show proof and take down the libelous publication with an apology.

“Governor General of Ijaw Nation is busy keeping his promise to lead the people well, and we won’t let troublemakers and criminal liars lie about him and get away with it,” the group said.