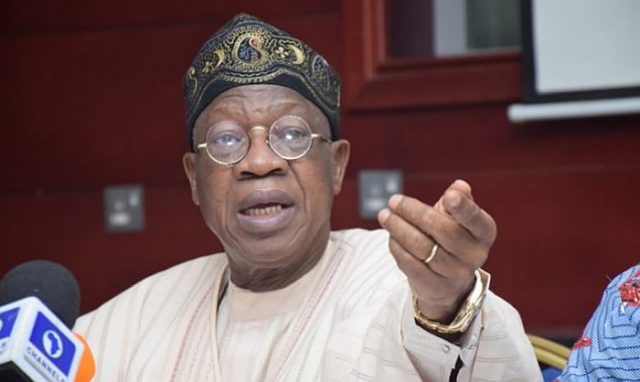 Alhaji Lai Mohammed, who is Minister of Information and Culture, has talked about how strong the political system is in his home state, Kwara.

On Friday, the Minister was in his hometown, Oro, which is close to Ilorin, the capital of Kwara state. He said that his political structure in the state can’t fall apart just because he has disagreements with other politicians.

He said that even though there was a crisis and misunderstanding in the Kwara state chapter of the All Progressives Congress (APC), nothing would happen to the structure he had built over 20 years in politics because it had stood the test of time.

Mohammed said at the traditional wedding of his granddaughter, Dr. Toyosi, to Gbolahan Sambo, that he wasn’t surprised that his supporters and allies were still loyal to him. He also said that this showed that his political structure was still in place.

The Minister was quoted as saying, “Disagreement can’t destroy my political structure.”

“That’s what political structure is all about: being strong enough to weather the inevitable storms, especially when it’s time to run for office.”

He was also glad that the media at the event noticed how many of his political friends and supporters from the state came to his hometown to honor him at the event.

He said, “I’m glad you noticed that I’m here with the same people I’ve been working with in Kwara politics for the past 20 years.”

“They tried to pull me away from them, but we still talk to each other often, and we’re almost like a family.

“I’m not surprised, but I’m glad that so many of them came out today to share the joy of this event with me.

The minister said, “This means that there is really no political difference between me and them. They still see me as one of their leaders, and I still see them as my friends.”