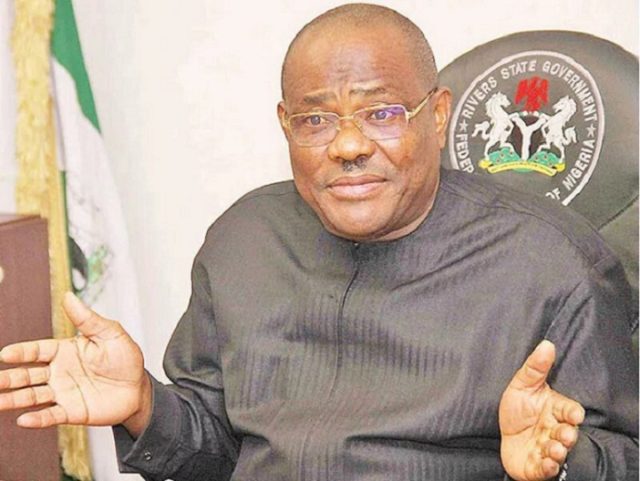 Nyesom Wike, the governor of Rivers State, has declared his intention to stick with the PDP.

In response to requests for him to leave the party due to the ongoing crisis, the governor announced his stance on Thursday.

Wike spoke at a PDP stakeholder meeting in the state that took place at the Government House in Port Harcourt.

“We’ll battle it out in the party. We are not like them when they left Eagle Square in 2014. They’ve lost track. They left and joined APC by leaving.

The Rivers helmsman claimed that those who flee from battle are weak individuals, and he would not do so.

The governor pointed out that zoning is required for party offices and elective positions in the party constitution.

“You have taken the party chairman, the presidential candidate, and the director general of the campaign. We are discussing party politics.

According to Wike, decisions are made by the campaign director general, the party chairman, and the presidential candidate.

“You can apply pressure to the BoT chairman to step down even though his term has not yet ended. However, you cannot compel the chairman to resign.