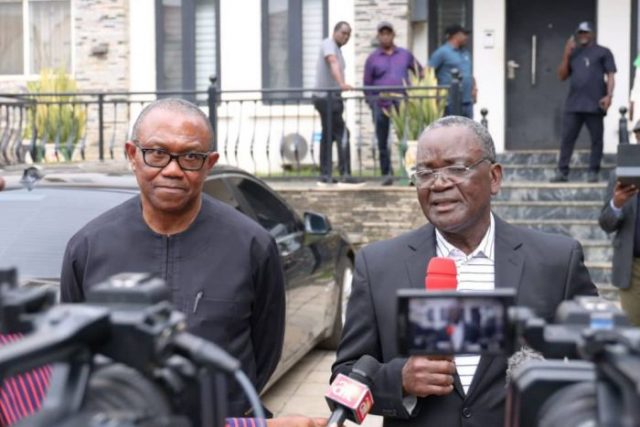 As Nigeria moves closer to the presidential election in 2023, Governor Samuel Ortom of Benue State said that if he were God, he would have chosen Peter Obi, the presidential candidate of the Labour Party, as Nigeria’s next president.

He spoke in Makurdi, the capital of Benue, while he was in the state to help people who had been hurt by floods.

Governor Ortom said that the Labour Party candidate for president is the best choice for the country and that Obi has what it takes to get Nigeria out of its economic and security problems.

From what he said:

“If Nigeria has to choose, Obi is one of the best candidates we have in this country. “You (Obi) have the ability to make things work in terms of education, character, performance, reaching out, being a pan-Nigerian, industrialization, and a desire to get our country out of where it is now, out of insecurity and into security, out of economic problems and into economic growth, and out of lack and into a good social life.”

Ortom said that no one can stop “whoever God wanted to be the next president of the country.” He did this by praising Obi’s past as a capable man.