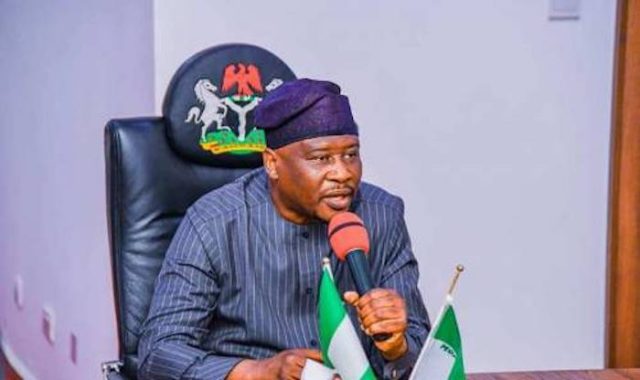 The State House of Assembly received a budgetary proposal from Governor Ahmadu Fintiri on Friday totaling N175 billion for consideration as the state budget for the 2023 fiscal year.

Fintiri said he dubbed the budget a Budget of Consolidation and that the projects it will support will be consolidating what his administration has done in the prior years since he became governor in 2019. Fintiri presented the budget to the members on the floor of the Assembly in Yola.

He said that the largest portion of the capital expenditure request will go toward education since, in addition to supporting several ongoing projects in the field, the budget proposal will also fund the establishment of three special schools for the talented.

In his lengthy budget speech, he promised that all ongoing projects will be finished on schedule in keeping with his tradition of timely project delivery.

Click this
In response to the governor’s presentation, Rt Hon Aminu Iya Abbas, Speaker of the Adamawa State House of Assembly, expressed confidence that Fintiri’s cabinet would carefully implement the 2023 budget after it had been reviewed and approved.

He declared that the Assembly had begun work on a draft to make a law requiring all succeeding governors to implement free and mandatory basic level education in the state out of admiration for Fintiri’s delivery of free education to state inhabitants.