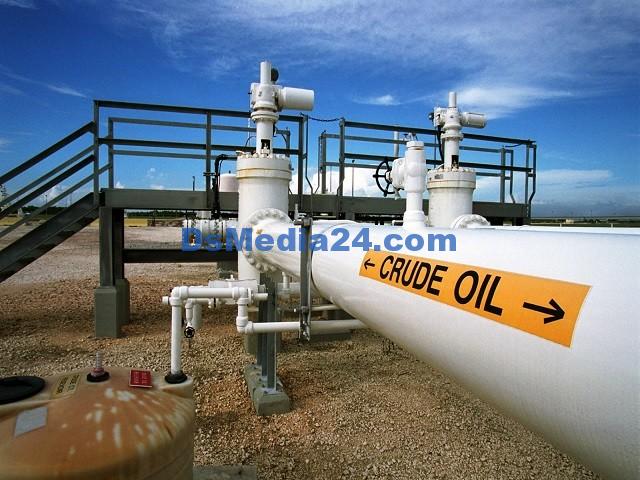 The threat of crude oil theft has been linked by the federal government to the nation’s deteriorating unemployment rate.

This was said by Dr. Chris Ngige, Minister of Labour and Employment, on Friday in Abuja as he opened the 8th Meeting of the National Employment Council.

The head of press and public relations, Mr. Olajide Oshundun, cited the minister as having said this in

Ngige, the council’s chairman, claimed that oil theft had turned Nigeria into a destitute country that relied on begging for existence.

He claims that this problem has impeded the federal government’s efforts to provide jobs for the nation’s burgeoning young population.

“I know that you people are aware that our country is going through a very trying time right now. Worldwide, there are economic issues, but in Nigeria, we created our own. Oil is our main source of income.

But there are two things going on in the oil industry. Nigeria, for one, is not producing enough. Our daily output cap for OPEC was 2.2 million barrels. To 1.8 million barrels it decreased.

“At this point, we are unable to even generate the 1.8 million barrels. They informed us that some people are stealing our crude oil, and we are currently producing roughly 1.1 million barrels per day.

“This is a very severe issue because it has turned us into very haughty people. In order to survive, we have become a beggarly nation,” he declared.

The nation cannot continue in that direction, he continued, as it has impeded efforts to provide work for our teeming young population.

The minister said, “Some people were analyzing the scenario and claimed that the white males came to this country and took over all the employment when we first established it.

The jobs were called as “white collar jobs” since we saw them wearing white shirts and ties. Later, some of our own people began attending universities, and after they graduated, they began working in “white collar occupations.”

“When our colonial overlords went, they left behind the indigenous people, who became our new colonial masters.

“Those who succeeded the colonial masters did not prepare for the future.” The first is the uncontrollable growth of our population.

“Our population is astronomically larger than our GDP” (GDP). We are neither finding white collar jobs for our young population nor setting up arrangements for them to work in blue collar jobs.

He defined blue collar jobs as those that require using your hands and applying abilities.

Ngige also pointed out that the few blue collar employment, which were limited, were generated in the transportation industry, particularly in rail and maritime, without creating any additional indirect jobs to support them. Foreigners also made matters worse.

He continued by saying that the majority of the blue collar occupations had been taken over, particularly by Chinese and other West Africans.

He also attributed the nationwide young unrest on the nation’s extreme unemployment.

“While there are people working in blue collar jobs outside of Nigeria, our country’s unemployment rate is higher. For our workers, there are no blue-collar employment here.

Although they compete with universities for students seeking degrees, our polytechnics. We observe a polytechnic claiming to grant degrees. There are technical colleges here that wish to treat their diploma as equal to a degree.

“Technical expertise is not something that everyone wants. Everyone aspires to be creating art and architecture in cool offices, which is what degree men do. The implementers aren’t supposed to be the degree guys.

The technologists and technicians who work in the industry are highly well compensated and lead respectable lives, the man claimed.

He asserts that the National Employment Council and the National Skills Council, which are housed in the Federal Ministries of Labor and Education, must join hands in order to stop this unpleasant trend.

With a sense of urgency, he added that this included the ministries of Industries and Trade, Works, Power, Science and Technology, and all other government creations.

Because we live in a digital age that has given rise to digital jobs, Ngige advised integrating the Federal Ministry of Communication and Digital Economy into the National Employment Council.

He argued that the best method to relieve the swelling tide of young people who are currently unemployed is through digital jobs.

We must also take NNPC and gas pipeline projects into consideration. Nigeria is now working on two projects: the Abuja-Kaduna-Kano (AKK) and the West African Line through Morocco and into Europe.

Therefore, he continued, “These are all active, crucial infrastructure projects that will result in a sizable number of jobs.”

In order to facilitate job monitoring and creation, he welcomed the proposal for the establishment of labor desks in the form of job synergy points in the ministries, departments, and agencies as needed.

“We came up with the idea of labor desks for trade disputes, which is why we began with the departments and organizations that are prone to having many trade disputes.

“You should also offer a suggestion so that we may implement reforms through the Ministry of Labor, now that this Employment Council is planning forward,” the speaker said.

“This will ensure that there are job creation contents along with the trade conflict aspect, as well as managing strike actions,” he stated.