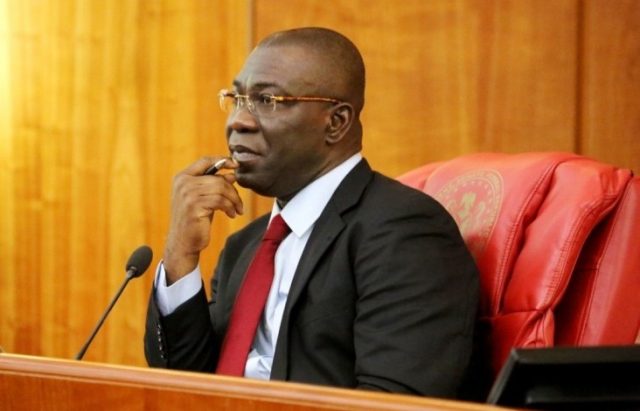 Ike Ekweremadu used to be the Vice President of the Senate. On Friday, a Federal High Court in Abuja ordered that 40 of his land properties be taken away temporarily.

The interim forfeiture order affects 10 of Ekweremadu’s properties in Enugu, 3 in the United States (USA), 2 in the United Kingdom (UK), 1 in Lagos, 9 in Dubai, and 15 in the Federal Capital Territory.

Justice Inyang Ekwo gave the order after Ibrahim Buba, on behalf of the Economic and Financial Crimes Commission, EFCC, filed and moved an ex-parte motion.

In response to the motion, the judge told EFCC that the interim forfeiture order for the properties had to be published in a national newspaper within seven days of the date the order was given.

Ekweremadu and his wife are on trial in the UK because they are accused of taking organs from other people.

Justice Ekwo has put the case off until December 5, 2022, so that a report can be made on any objections from the public about the properties.

Total
Shares
Share
Tweet
Pin it
Share
READ ALSO:  Ike Ekweremadu's wife wasn't given bail after she was arrested in the UK for harvesting organs from people