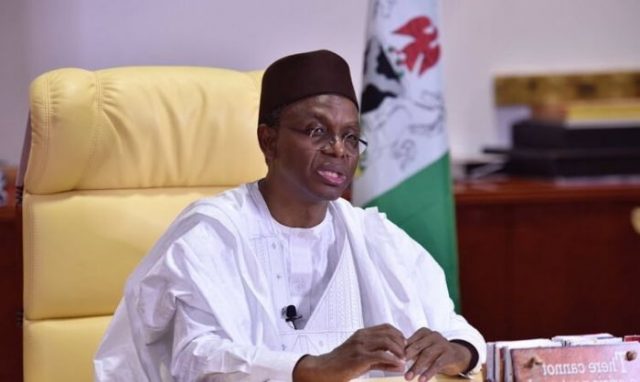 The general elections and population count in 2023 still face a serious threat from banditry and insurgency, according to Kaduna State Governor Nasir El-Rufai.

When Samuel Aruwan, the state commissioner for internal security and home affairs, gave him the state’s quarterly security report on Friday, he let everyone know.

The report states that during the past six months, bandits have killed 446 people and kidnapped 1,789 more people throughout the state.

The government also revealed that throughout the review period, forces in various sections of the state killed 152 bandits and captured 624 others.

El-Rufai stated that the NorthWest Theater Command was established to combat insurgency throughout the affected states and improve the coordination of the armed forces, police, the State Security Service (SSS), the relevant state vigilance services, hunters, and other local volunteers to combat the insurgents.

He expressed his happiness over the security operation’s success, which was initiated in 2015-2016 with the help of the local states and the federal government.

El-Rufai emphasized that the initial operation success in the KamukuKuyambana forest ranges was not sustained by ongoing operations, allowing the criminal elements to recuperate, reassemble, and carry out their previous activities.

According to the governor, the Kaduna State administration believed that a theater command comparable to the one in the North-East was necessary because of the lesson learned and the nature of the criminals’ interstate operations.

He continued by saying that this strategy was necessary for efficient security operations in the seven states of the North-West and the Niger State, which have continuous and contiguous forest areas.

READ ALSO:  Asake, a Kaduna LP candidate for governor, calls on Governor El-Rufai to put an end to the killings in Southern Kaduna

“To the extent that the constitution allows, we have expended a lot of time and effort controlling security. Since 2015, our interventions have included providing vehicles and other logistics support to the federal security agencies stationed in our state, working with other frontline states to finance military operations in the 2015–2016 timeframe, and making investments in security infrastructure and technology.

The governor stated that the decisions to create the first sub-national Ministry of Internal Security and Home Affairs at the start of the governorship’s second term in 2019 were influenced by the lessons acquired during the 2016–2019 period.

He added that the government needed to map the thugs of political actors, profile them, and bring them to justice right away in order to address the worries about political thuggery as the nation moves closer to the elections.

The Birnin Gwari lynching case and the statement that followed require to be handled with prosecution and conviction, he stated, pointing out that those involved in spreading untruth and provocation need to be prosecuted. Malam El-Rufai stated that data on the state’s security reports for the second and third quarters of 2022 indicated a pattern of a decline in the seriousness of security incidents in the second and third quarters, compared to the first quarter.

“This is a result of the offensive security operations’ recent escalation against the robbers. We have long demanded that the state’s prerogatives be fully and consistently asserted through joint air, ground, and police operations. According to him, this is the best approach to safeguard the populace, maintain law and order, and improve their capacity to earn a living in peace.

The governor encouraged traditional and community leaders in the state to step up efforts to find informants, hotspots for drug sales, and people who damage vital infrastructure.