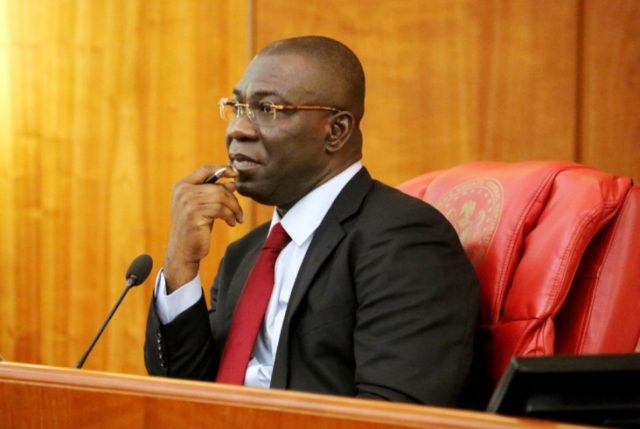 According to the Central Criminal Court, popularly known as the Old Bailey, in the United Kingdom, Ike Ekweremadu and his wife Beatrice’s plea and trial hearing for organ trafficking, which was planned for Monday, have reportedly been postponed.

Ekweremadu and his wife were charged with working together with Dr. Obinna Obeta to pay David Nwamini for giving their daughter Sonia an organ donation.

Ekweremadu was imprisoned in the UK after his arrest on June 23 as a result of the accusation.

Beatrice Ekweremadu, the wife of the troubled senator, made an appearance at the Old Bailey for a plea and directions hearing while she was out on bail.

From Belmarsh and Wandsworth prisons, Ekweremadu and the third defendant, Dr. Obinna Obeta, participated in the session via video link.

According to numerous sources, the defendants were only asked to confirm their names at the hearing and were not asked to enter a plea.

Judge Richard Marks QC has stated that a High Court judge will hear the case.

He selected a short trial that will last three to four weeks and start on May 2 of the next year (2023).

The court also announced that it would not be convening since Sonia, whose case had been established, was not available.

A court representative specifically insisted that even though the judge’s calendar was already set when the couple and their co-defendant appeared before him on August 4, Sonia wasn’t included in the hearing at that time, and that “the judge won’t be hearing the case because ‘there’s no counsel for Sonia.”

As previously stated by prosecutor Tim Probert-Wood, the case featured “exploitation and the harvesting of an organ.”

He explained: “The case started on May 5, 2022, when the complainant showed up at Staines Police Station and stated he had been brought here to have his kidney removed.

“He arrived on February 20, 2022, and was brought to Royal Free Hospital for testing.

“He did not consent to the removal of his kidney for the reason he was there.

“When he got back to the house where he was living, things got very different.

He claimed that he was effectively treated like a slave.

According to Martin Hicks, QC, who is Ekweremadu’s attorney:

“Factual denial will be the argument,”