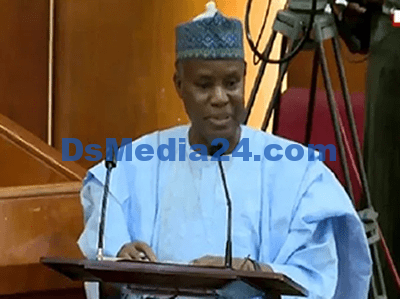 The Ministry of Defence, represented by the minister, Major General Bashir Magashi (ret. ), and the Permanent Secretary, Dr. Ibrahim Kana, renounced N11 billion that was purportedly put into the Ministry’s planned 2023 budget, causing a minor drama before the Senate.

The drama started when the Senate Committee on Defence allegedly found the insertion during the defense of the spending estimate plan that was provided to it by the minister and other ministry personnel.

When analyzed rigorously, the two items were not meant to be included in the Ministry’s budget because the Army, Navy, and Air Force purchase hardware, while the Federal Ministry of Education oversees the Safe School Initiative. These are duplicate budgetary votes in our eyes, and we need your justification. In order for the Ministry’s Permanent Secretary, Dr. Ibrahim Abubakar Kana, to respond to the question, the Minister requested the Committee’s approval.

READ ALSO:  As 77 people are confirmed to be HIV positive, the Taraba government launches mass testing

The N8.6 billion and N2.25 billion plans for hardware purchases and Safe School Initiatives would be eliminated from the Ministry’s budget, according to the Committee’s chairman, Senator Aliyu Wamakko.