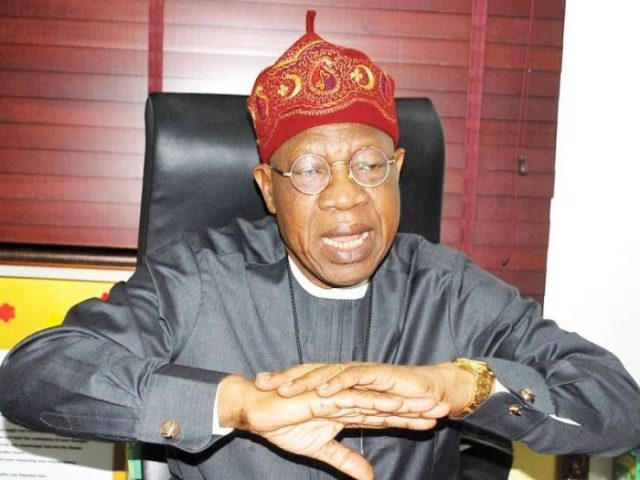 Minister of Information and Culture Lai Mohammed has urged the media to avoid inflaming the political climate.

The Minister told the media that the current period in the nation is “the most challenging season” when speaking with them at the wedding celebration of his granddaughter on Saturday in Ilorin, the capital of Kwara.

The media, he argued, should exercise restraint in carrying out its responsibility as a megaphone for what the politicians say and do.

Don’t let yourself be manipulated by anyone to make the problems in the nation worse, he said.

“Don’t only see your role as relaying verbatim what politicians tell you; instead, consider the significance and impact of the information you make available to the public.

You should be aware that the news stories you publish influence how Nigerians and others outside of Nigeria are informed and educated.

The Minister also asked the media to portray Nigeria in a favorable light.

He contends that it is the job of the media to convey to the outside world that the difficulties the nation is experiencing are manageable and are not more severe than those that other nations face.

The minister emphasized the necessity of media promotion of harmony and peace.

“Journalists may conduct their trade in peace because we have a country called Nigeria,” he remarked.