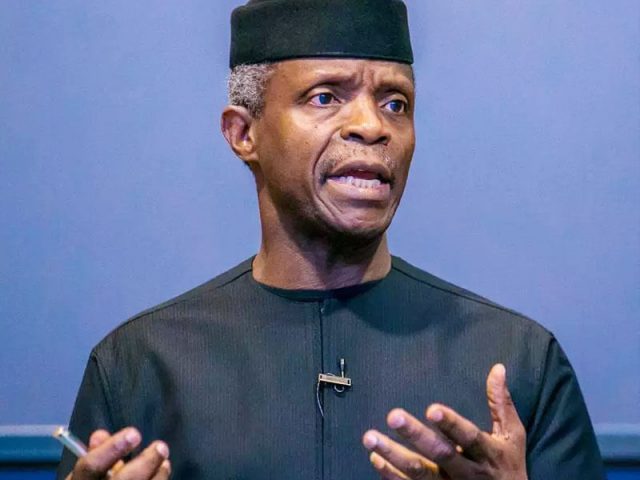 David Adeleke, commonly known as Davido, and Chioma Rowland have received condolences from Vice President Yemi Osinbajo for the loss of their son Ifeanyi.

Osinbajo asked God to comfort and support them both in his prayer.

He characterized Ifeanyi’s passing as a regrettable setback.

In a tweet sent out by his media assistant Laolu Akande, Osinabjo stated, “VP on Ifeanyi’s death:

“Ifeanyi, the beloved son of Davido & Chioma, passed away tragically, and Dolly and I are deeply devastated by this. We pray that they will both be comforted and supported by our Lord Jesus Christ during this difficult ordeal. Amen.

“We also express our condolences to Dr. Deji Adeleke, our brother, and the entire Adeleke family. You are never far from our minds or prayers.

Total
Shares
Share
Tweet
Pin it
Share
READ ALSO:  If he can get 1000 retweets, a tweep named @naughti_awol has promised to travel to Kano from Lagos to get Kwankwaso to deputise Kwankwaso on an Obi/Kwankwaso ticket