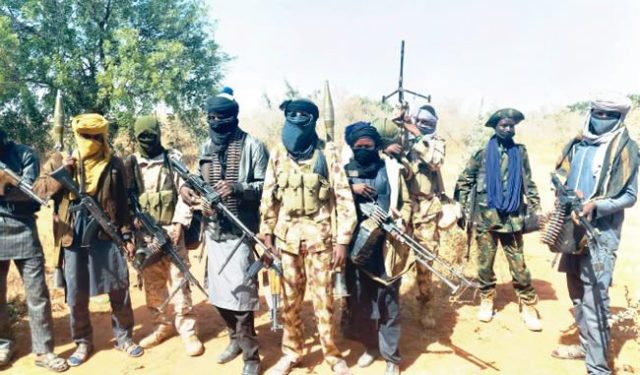 According to reports, the suspects sought N10 million in ransom after kidnapping the victims and turned down the old naira notes.

Mohammed Ibrahim, a local, claimed that the bandits eventually lowered the demanded ransom to N5m and that residents of the community had been working to acquire the money to ensure the victims’ safe release.

“The terrorists sent another message this morning saying they would not receive old naira notes as we were attempting to collect the money they demanded.

When the new naira notes were released in December, “they stated they would hold the kidnapped people in their camps,” Ibrahim added.

As of the time this article was filed, text messages made to their mobile numbers have not yet received a response.

Gunmen abducted Nduka Anyanwu, an APGA politician, in Imo State on Tuesday, according to another report.

Anyanwu, one of the party’s candidates for the House of Assembly, was reportedly campaigning with his followers when the gunmen burst into the gathering and abducted him.

According to a source who described the kidnapping, “The gunmen stopped him (Anyanwu) on the way as he was going to make last preparations for his polling agents. We don’t yet know where they took him, and the abductors haven’t made touch.

The politician had been released, according to John Iwuala, the state’s APGA chairman, who confirmed the kidnapping.

READ ALSO:  Adeboye tells Nigerians that they should praise God no matter what

Yes, our candidate was taken early this morning, but just as we prepared to make an official report, we learned that the kidnappers had freed him. Iwuala stated. The abductors gathered all he had on him at the moment of his abduction.

Mike Abattam, the state police’s public relations officer, claimed he hadn’t yet been informed about the event.