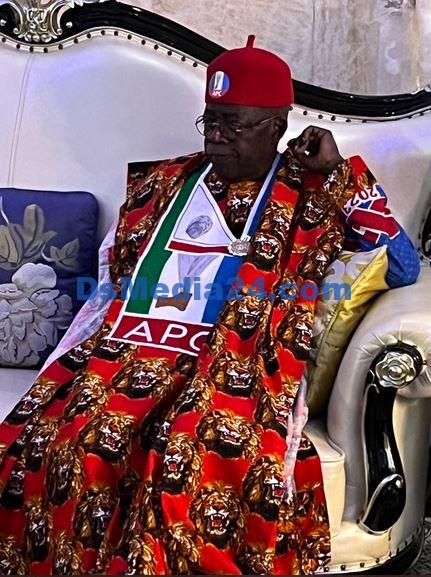 Bola Tinubu, the All Progressives Congress’s nominee for president, has been awarded a chieftaincy in the state of Ebonyi.

as reported by Punch. Before the presidential campaign rally, which is scheduled to take place on Thursday at the Pa Ngele Oruta township stadium in the state capital, Tinubu was given the title “Dike di ora nma 1 of Ebonyi State.”

With the caption “Asiwaju bags Chieftaincy Title In Ebonyi State,” an APC supporter named DOlusegun tweeted a picture of the APC presidential candidate wearing the full Igbo regalia and being flanked by some women who were presenting a wrapped gift.

He is currently the Ebonyi State’s DIKE DI ORA NMA 1.

Total
Shares
Share
Tweet
Pin it
Share
READ ALSO:  Asake, a Kaduna LP candidate for governor, calls on Governor El-Rufai to put an end to the killings in Southern Kaduna