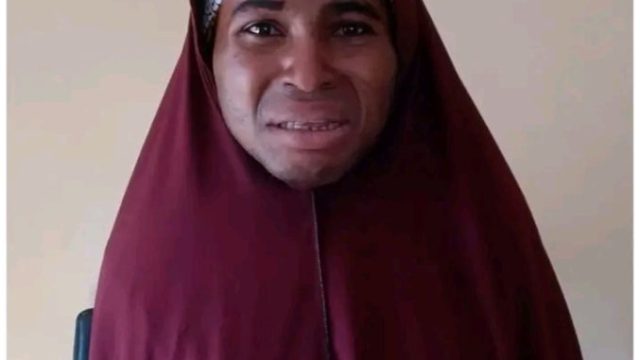 In Adamawa State, a guy was charged with impersonating a woman in order to defraud men of their money.

Muhammed Abubakar, the man, claimed he frequently wore women’s clothing and went out with female friends to solicit money from men in search of romance.

Muhammad, who has an Adamawa State Polytechnic Diploma in Business Management, claimed that his female accomplices gave him between N500 and N1,500 every day as his portion of their booty.

Muhammad, who claimed to have taken on the feminine name Fadi, claimed at his arraignment at Girei’s Chief Magistrate Court that his female companions used to defend him by informing guys who wanted to have him that they were in the middle of their periods.

On November 16, at the Girei market, when he went to buy an earring and was observed by a man who suspected that he was a man, Muhammad’s game, it was rumored, came to an end.

The suspicious man sparked suspicion, which led to his imprisonment.

He was mandated to remain in custody until December 5 by the court Martina Gregory presided over.