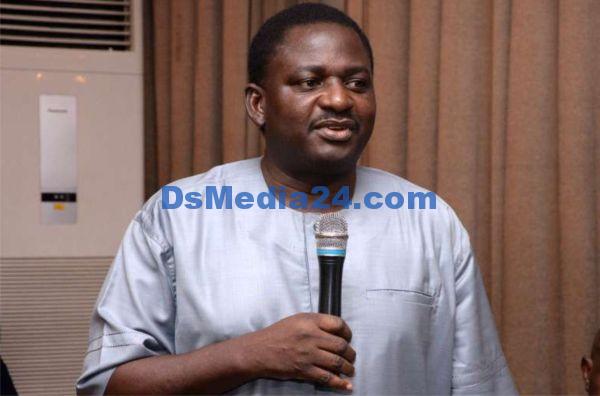 According to the Federal Government, the implementation of the Bimodal Voters’ Accreditation System will be supported by President Major General Muhammadu Buhari (retired) to ensure credible, fair, and transparent elections in 2023.

In his message of goodwill at the 2022 International Day to End Impunity for Crimes Against Journalists, with the topic “Media, Civil Society, and Violence-Free Election in Nigeria,” Femi Adesina, the Special Adviser on Media and Publicity to the President, revealed this.

Adesina was responding to the recent concern expressed by a number of civil society organizations and the spokesperson for the Coalition of United Political Parties, Ikenga Ugochinyere, regarding plans by some political figures to depose Mahmood Yakubu, the chairman of the Independent National Electoral Commission, through the National Assembly, deactivate BVAS so that it cannot be used in the election of 2023, and ultimately stop the electronic transmission of results.

The SA remarked:
How frequently has the President mentioned how technology helped elect him to office? He has discussed it both locally and internationally, saying that he challenged the results three times and each time ended up in the Supreme Court since the ruling administration at the time wrote the results and never held elections.

“He (Buhari) stated it was challenging to write results before technology and a permanent voter card. How then can the same person now experience BVAS issues? ”

However, Adesina urged the media to highlight Buhari’s pledge for a transparent, fair, and free election while ignoring those who want to sway voters in the general election of 2023.

READ ALSO:  D'banj's Attorney Speaks Out About His Arrest and Blames ICPC

Abubakar Malami (SAN), the Attorney General of the Federation and Minister of Justice, stated at the same occasion that the Buhari administration was determined to putting an end to undemocratic and uncultured actions in the nation.

Malami reiterated his appeal for individuals still engaged in electioneering to understand the importance of abiding by the Electoral Law’s rules when engaging in political activity.

The AGF declared:
It is crucial to remember that recent events in Nigeria have demonstrated the Federal Government’s commendable efforts to put an end to impunity for crimes committed against Nigerian citizens.

Nigeria was the only nation to be removed from the index of countries where crimes against journalists are tolerated in 2020, according to the Committee to Protect Journalists’ report.

The Attorney General and Commissioner of Justice, Lawan Abdullahi, who was a special guest of honor and the governor of Kano State, stated that “the peaceful conclusion of the 2023 general election depends in the hands of the media.”

Mohammed Haruna, the Chairman of INEC and National Commissioner, who was also there, said, “We should remember that regardless of our profession, religion, or ethnicity, we are all stakeholders in peace and growth in this country.