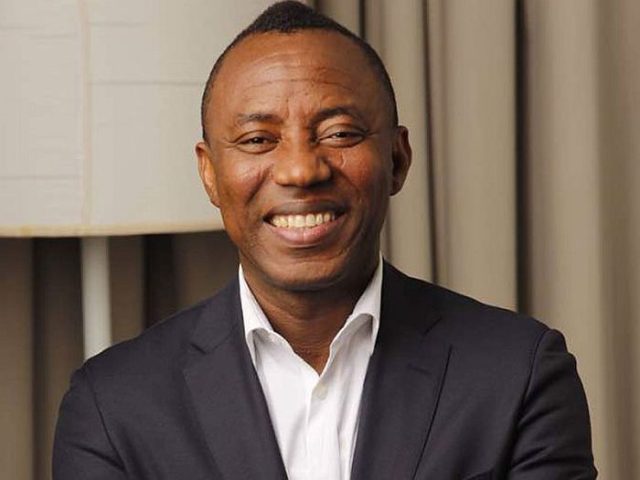 Omoyele Sowore, a presidential candidate for the African Action Congress, stated that President Muhammadu Buhari should also be subject to the ‘no work, no pay’ policy that was allegedly implemented on the lecturers.

Speaking on the disagreements between the Federal Government and the Academic Staff Union of Universities, he said this.

At the presidential town hall hosted by Daria Media and Cabal Entertainment on Friday night, Sowore stated that if the FG must implement the “no work, no pay” policy, it must begin with Buhari because he hardly works.

When asked how he could handle the government’s insistence on applying the policy to ASUU, who went on strike for eight months, Sowore argued that Nigerian workers must be paid when their strike is motivated by a reasonable course of action.

“You will have to pay the strikers when the strike is just,” Sowore remarked. They were coerced into doing this by the government; they didn’t want to.

“I believe the President should be first because he hardly works, if you want to start the enforcement of not paying the individuals who are not working. The fact is that these are the things that cause the issues to get worse. You cannot keep doing the things that caused the problems in order to make them worse.

“Our higher education institutions are too significant to be used as a pawn in legal technicalities. Let’s give them the money they requested. When describing how much they want, they are precise. Let’s locate the funds and hand them over to them. Since the 1990s, they have made the same requests.

- Advertisement -
READ ALSO:  A man recounts how a woman abandoned him at the theater after he dozed off during a film

The AAC presidential candidate claimed that while it might be argued that education was expensive, it was not as expensive as it was perceived to be given its significance in society.