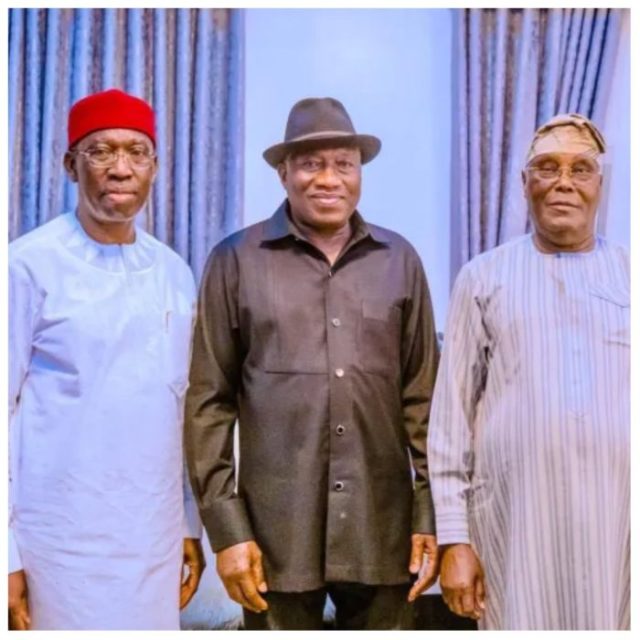 This was announced by Okowa, who is also the governor of Delta State, in a post on his verified social media accounts on Friday.

Okowa said the conversation with Jonathan focused on how to unseat the All Progressives Congress, or APC, via the 2023 elections as he shared images from the event.

“Last night, we had a wonderful meeting with our former President, H.E. Goodluck Jonathan, together with our presidential candidate, Alhaji Atiku Abubakar. There, we spoke with His Excellency about our objectives to “#RecoverNigeria.”

According to DSMEDIA24, there have been rumors that Goodluck Jonathan has been requested to speak with resentful PDP members who have pushed on Iyorchia Ayu, the party’s national chairman, resigning.