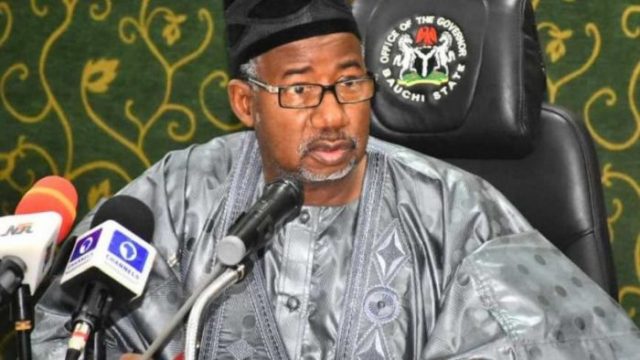 Bala Mohammed, the governor of Bauchi State, claims that the Peoples Democratic Party (PDP) increased his and his party colleagues’ visibility.

The governor reportedly made the comment on Saturday while hosting the National Chairman of the PDP, Iyorcha Ayu, the Director-General of the Presidential Campaign Council, Governor Aminu Tambuwal, and the former governor of Jigawa, Sule Lamido, at a meeting with PDP leaders.

The delegation went to see Mohammed to get his opinion on certain difficult party matters.

He is one of the key national stakeholders who supports the growth of the party, according to Ayu.

“In every location you have worked, you have experience. We must occasionally visit, consult, and brief you on certain matters,” he stated.

Mohammed told the group that he had faith in the PDP because its stalwarts had risen to prominence by supporting the platform.

“We are aware that the ANPP (All Nigeria Peoples Party) is where we originated, but whatever we have become is undoubtedly thanks to this party.”

The governor continued by saying that the subjects under discussion were “some grey areas” and were “not for public consumption.”