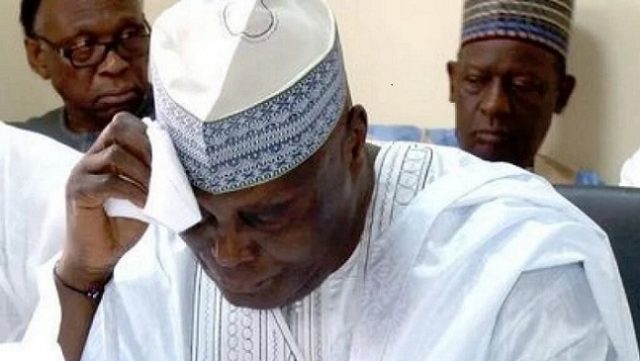 Alhaji Atiku Abubakar, the candidate for president of the Peoples Democratic Party, PDP, sent his condolences to David Adeleke, also known as Davido, and the Adeleke family after the death of their son, Ifeanyi.

Ifeanyi was said to have drowned in a swimming pool, which led to his untimely death yesterday evening.

A spokesman for the Lagos State Police Command has confirmed that an initial investigation is going on to find out what happened to the boy.

Atiku, meanwhile, has used his verified Facebook page to show his sadness.

“Davido, Chioma, and the Adeleke family are in my thoughts and prayers at this time. I pray that God will give them strength and comfort.