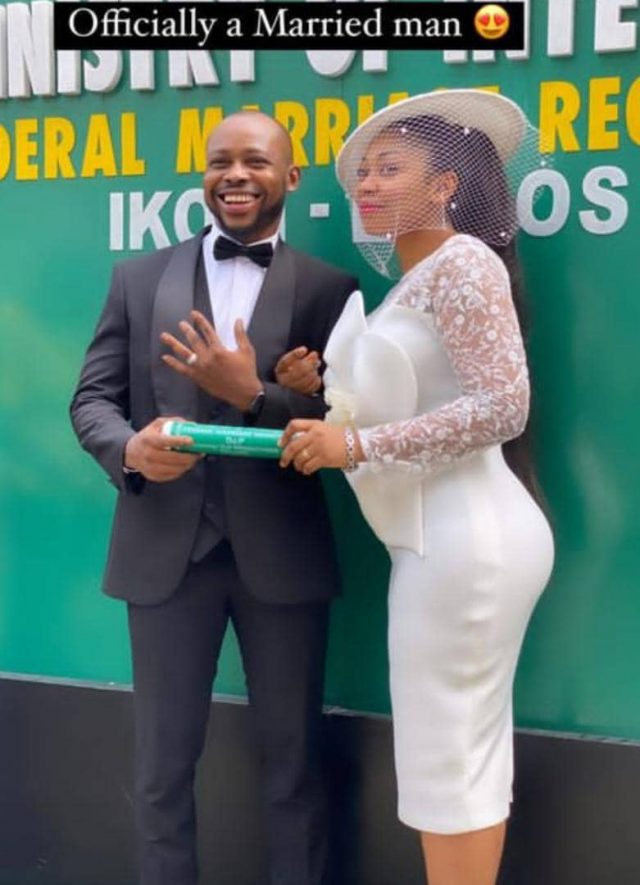 Ladipo Ayodeji, a Nigerian chef and restaurant consultant, has disclosed that he hastily married his wife in court prior to the Ooni of Ife setting eyes on her.

Adedeji, also known on Instagram as Chefdeee, posted pictures from his court wedding, which took place on Tuesday, November 1, 2022 in Lagos. Adedeji wrote:

“Because wisdom begins with a fear of Ooni. Prior to the guy going to see my wife for a date, I quickly get married.

At the celebrations for his 48th birthday and seventh coronation anniversary, the renowned king recently explained his rationale for choosing to wed several spouses quickly after each other.

He claimed that although he tried to change things up in the way he ruled the Ife people, it wasn’t successful.

I tried to dispute it, but it blew in my face, so thank God I’m still here. If I had my way. It’s a place with a rich history, culture, and traditions.