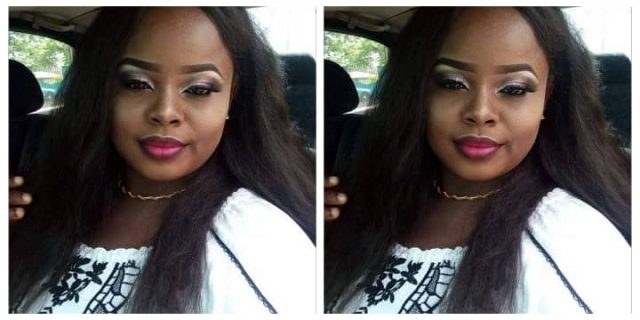 A Nigerian man by the name of Johnny has denounced a hospital on social media for the deaths of his pregnant wife and their unborn kid. He claimed that because of the hospital’s carelessness, his significantly pregnant wife passed away.

According to him, his wife arrived at the hospital in good health to give birth, but the doctors who were scheduled to do the surgery on her ignored her.

He continued by saying that his wife’s heart and pulse stopped bleeding after they finally gave her medication.

“My wife was pregnant, and her due date was October 29,” he said. As she was 40 weeks and 3 days past due, she has passed her EDD. The week prior, on Tuesday, November 1, 2022, she underwent a standard checkup that included a scan. The baby, mother, and child were all in wonderful health, according to the scan results.

The doctor advised her to come back the following week with her bags in order to be forcefully induced into labor if she did not go into natural labor between that Tuesday and the end of the week.

So, at a little after 11 p.m. on Sunday, November 6, 2022, she began experiencing stomach aches. We then made our way to the hospital. When we arrived at the hospital at midnight, the doctor on duty informed her that she was already 5 cm dilated and in labor.

They stated that before transporting her to the delivery room, she would need to be 10 cm dilated. The doctor examined her and burst her water bag at 2 am.

The kid was in distress and deficient in my wife’s womb at around five in the am, and the doctor informed me that if the baby stayed any later, it would either pose a future health concern to the child when delivered or the child may very well die in the womb. and advised operating on her. I quickly gave my wife and consent.

Without a good justification other than the necessity for the gynecologist and the team of doctors performing the operation to appear in the operating room, the doctor kept delaying starting the procedure.

At around 6 in the morning, I went back to see the doctor to find out why the procedure hadn’t started yet. This time, he was giving over to another consultant. I asked him if he was leaving, and he replied that he was finished for the day. When I questioned him about the operation he offered, he stated it would shortly start and that they might also think about letting her give birth naturally instead of operating.

In response to a follow-up question regarding the previous report he provided, he indicated there was no need for concern. My wife and I entered the operating room at 8:15 a.m. By around 11 a.m., they arrived to inform me that after administering her with medicines to get her ready for surgery, her heart stopped beating and her pulse stopped reacting.

How can a lady who was physically fit and in excellent health when she entered the hospital suddenly stop beating after receiving medication?
Even after they confirmed to me that the kid was still alive in the womb, the physicians still did not remove the child from the mother’s womb. My wife and kid were gone, the operation was not finished.

They left me, my wife’s lifeless body, and our unborn child in the theater without so much as a word of sympathy, let alone coming to tell me what had transpired up to this point, when I’m writing to the world.