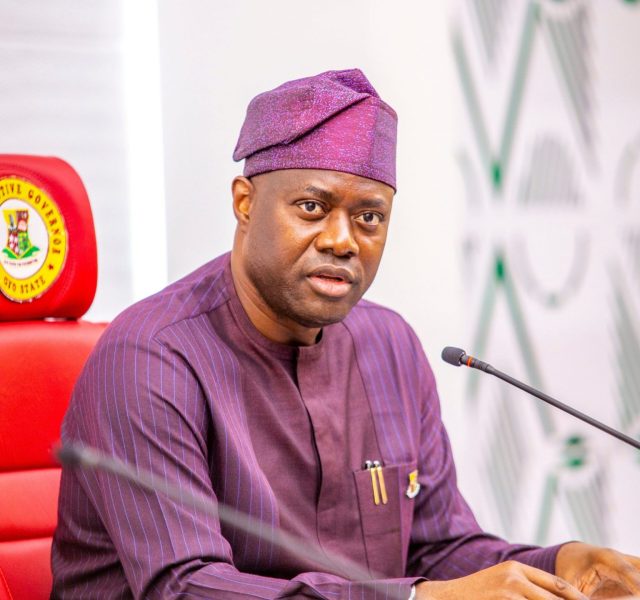 Governor Seyi Makinde of Oyo State said that members of opposition political parties in the state have made plans to attack some Independent National Electoral Commission (INEC) facilities in the state.

Makinde made the allegation on Sunday.

Some INEC facilities across the country have been attacked, according to the DAILY POST.

The recent events happened in the states of Osun and Ogun a few days ago.

Makinde, who became governor of the State in 2019 and is now running for a second term, has warned that some members of the opposition political parties in the State want to attack INEC facilities.

He said this in a statement from the part of his campaign committee that deals with the media.

The statement was made available to DAILY POST Sunday evening by Dotun Oyelade, chairman of the committee.

He urged the commission to be on guard.

Oyelade said, “We have noticed that some dishonest people are setting fire to INEC buildings. We would like to warn the opposition in Oyo State not to even think about doing such a horrible thing, because it won’t save them from losing the next election.”

“But if the opposition in Oyo State thinks it can use that as a model to confuse the people and win without having to work for it, it should forget the idea, because such behavior will not be tolerated in the State.

“It is also important to warn the electoral body, INEC, and security agencies in the State to be alert and on guard and to increase security at all places where election materials are kept,” he said.