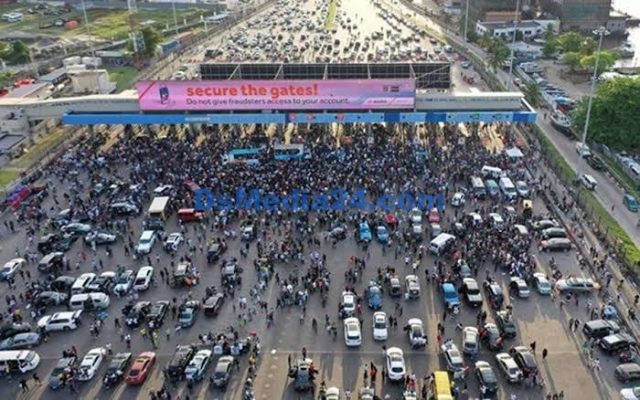 Nigerians have questioned the government’s sincerity toward its citizens as the EndSARS nationwide protest that resulted in the deaths of numerous Nigerian youths approaches its second anniversary. They have also vowed that the gruesome incident will influence the results of the 2023 general elections.

In fact, the majority of Nigerians believe that those in positions of power do not care (in any manner) about the lives of common residents. They think that politicians simply care about retaining their positions of power and that they utilize the electorate to advance their own interests.

During this time in 2020, Nigerians—mostly young people—took to the streets to expose the brutality, intimidation, and highhandedness of the police toward defenseless individuals. They especially urged a ban on the Nigerian Police’s Special Anti-Robbery Squad, or SARS.

Thugs took control of the protest, which had begun calmly and peacefully across the nation, and started destroying government buildings while inflicting harm on the people.

When soldiers from the Nigerian Army arrived in trucks and allegedly opened fire on the nonviolent protestors, the situation reached its peak.

According to a judicial panel of inquiry appointed by the State government, “the soldiers invaded the Lekki tollgate on October 20, 2020 shot, injured, and killed unarmed helpless and defenseless protesters, without provocation or justification, while they were waving the Nigerian Flag and singing the National Anthem,” committing a massacre.

According to the panel, Nigerian Police Force personnel stationed at the toll gate the night of the incident “shot at, assaulted and battered unarmed protestors, which led to injuries and deaths,” assisting the army in carrying out a massacre of unarmed civilians.

The panel’s conclusions, which were made public in 2021, put an end to the Army’s, Nigeria’s, and Lagos State’s continuous denials that the soldiers of the 65 Battalion of the 81 Garrison Division, Bonny Camp, under the command of lieutenant colonel Sanusi Ovada Bello, committed a massacre.

READ ALSO:  Erica Addresses Rumors That She Is Dating A Popular Footballer

The panel submitted two reports: one on the investigation into the Lekki incident and the other on incidences of police abuse.

The panel’s report was rejected by the Federal Government due to inconsistencies, which sparked controversy about this.

Musiliu Akinsanya, also known as MC Oluomo, had emphasized that no lives were lost during the Lekki tollgate gate incident while simultaneously bringing up unpleasant memories of the episode from not too long ago.

This assertion was made by Oluomo, the chairman of the Lagos Parks and Garages Management, to APC supporters on Sunday during their 5-million-person march in Lagos in support of Asiwaju Bola Ahmed Tinubu’s candidacy.

The transport manager said that it was improbable that demonstrators would have been killed, the bodies would not have been discovered, and the relatives of the deceased would not have come forward to ask for their loved ones.

Nigerians have expressed concerns about the government’s lack of sincerity to the public on the streets of Abuja as celebrities and organizers of the 2020 EndSARS protest wrapped up plans to host a memorial in the Lekki district of Lagos State on Thursday.

The march is being held to remember the lives lost by Nigerian citizens, mainly young people, who were reportedly massacred at the Lekki Tollgate on October 20, 2020.

Bundesaan Terdue, a security expert located in Lagos who has followed the EndSARS issue from the beginning, commented on the situation to DSMEDIA24, saying, “It is terrible that no one takes responsibility for a calamity such as this. After the murder of innocent people more than two years ago, neither the military nor the administration have been held accountable.

“This administration hasn’t been sincere. May the souls of the victims of the tragedy continue to rest in peace, I say. They sacrificed their lives for the right cause. What else is there to say?

These people were never acknowledged by the government, but their blood will never stop flowing. It occurred right in front of our eyes, and CNN and other foreign organizations witnessed it.

As a result of their report, Twitter was suspended. That is the type of government we have. The panel’s report was disregarded, and all the significant resources employed for the investigations were completely wasted.

However, I can assure you that the truth about what happened at the Lekki Tollgate will come to light when the time is right.

In response to a question about the government providing security for the event and the proposed memorial for the victims, he replied,

“The situation is uncertain. The youth should make up their minds to replace this group of politicians, is my suggestion to them.

“A responsible government should provide security for the peaceful walk, and they are free to assemble and attend a memorial service for their fellow citizens who lost their lives defending a better nation. However, you never know.

“The administration has not the slightest sincerity in regards to this EndSARS issue. First, they disputed the deathless claim. Do you recall when Babajide Fashola visited the scene of the incident and removed a camera?

“Please tell me what was on the camera. I’m expressing that, to be clear. They organized a panel that revealed them, and they destroyed the report. Sincerity is lacking. Nigerians were lied to by them.

He continued when asked if the EndSARS tragedy would influence the 2023 election.

“I don’t believe the youth will forget this so quickly. It would continue to be vivid in their minds. Keep in mind how the Labour Party’s inclusion of General Enenche in its campaign council sparked a response on social media. The EndSARS demonstration will have an impact on the 2023 election, I can guarantee that.

We’ll never forget the helpless demonstrators in Lagos, said Teniola Olu, identifying herself as a businesswoman. I participated in the demonstration in Abuja. Some of us went inside when the government’s thugs appeared at one point.

“The populace have never felt true care from this specific government. Although your panel of investigators found otherwise, you claimed that nobody died. You choose to discard the report as opposed to following it.

Don’t allow these politicians purchase your conscience in 2023, I’m warning the young people. By electing the ideal candidates to lead the needed change, we can only immortalize those who died at the Lekki Tollgate.

“We’ll never forget those fellow patriotic citizens who were murdered by people who were meant to provide their security, as we remember them. We were aware of the outcome. The youth must unite and speak with one voice starting in 2023.

According to Tessy Uche, a local of Utako.