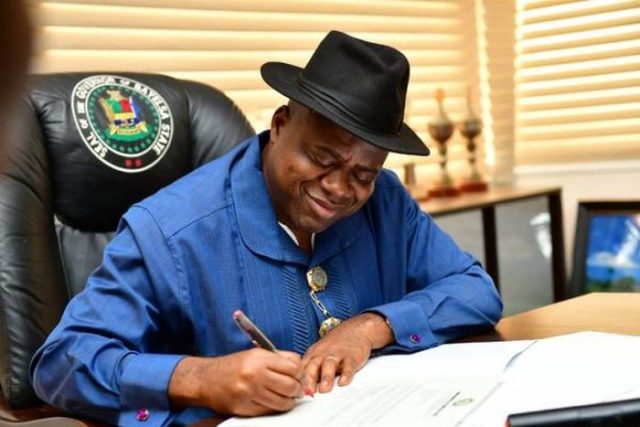 Senator Douye Diri, the governor of Bayelsa State, has disclosed that the State has yet to receive any aid from the federal government despite his repeated requests to the Buhari-led government and other international organizations and the severity of the deaths and destruction brought on by the State’s massive floods.

Although the Minister of Humanitarian Affairs and Disaster Management said that the federal government had provided aid to 21 states impacted by flooding, the governor clarified that Bayelsa had not yet received any such aid.

On behalf of the state, he did thank the Nigerian Air Force for helping with the relief effort by airlifting food supplies that the state government had purchased.

When Mr. Udom Emmanuel, the governor of Akwa Ibom State, arrived to express his sympathies to the state government and its residents over the flood situation in the state, the governor spoke, calling it as really pitiful.

Emmanuel said that his cabinet decided to travel to Bayelsa because of the severity of the flood that ravaged the state while leading a group of cabinet members to Government House in Yenagoa on Wednesday.

He praised Diri’s unwavering efforts on behalf of his people for doing so during their darkest hour and called his action a sign of true leadership.

In his own words: “I just could not stay after what I watched on television. I was unaware of the full magnitude of the harm the flood had done to the state’s residents. In our Executive Council Chambers, my people played the entire video clip, and we were all moved to tears. At the meeting, we agreed to come here to show our support for you and your people.