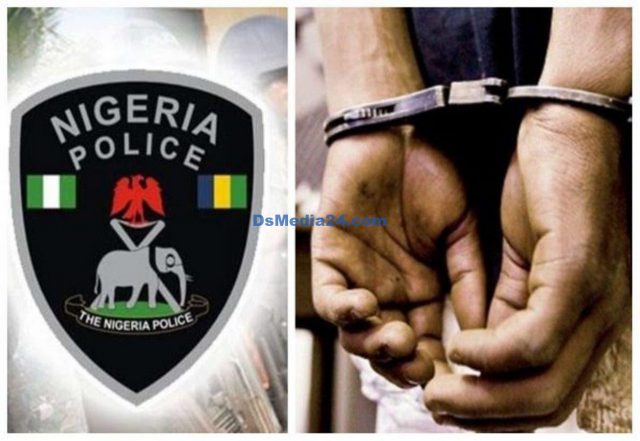 In the Ijebu-Ode region of Ogun State, three men have allegedly been detained for attempting to kidnap their former employer who fired them.

According to Abimbola Oyeyemi, the spokeswoman for the Ogun police, the group was detained as a result of a report Ifenuga Olayinka made to the divisional police headquarters in Igbeba.

According to reports, the aforementioned Olayinka informed the police that he had received a text message on his phone from a person who identified themselves as the “Killer Vagabond of Africa.”

The originator of the aforementioned communication threatened to abduct the complainant unless he paid N5 million into a bank account that was supplied to him.

Following the report, CSP Musiliu Doga, the DPO of the Igbeba division, reportedly assigned detectives to identify individuals responsible for the message.

Oyeyemi stated that the detectives had started a “technological and intelligence-based investigation,” which he claimed led them to Anambra State, where they were able to detain two of the suspects, Nse and Nwobodo.

He claimed that following their capture, the investigators were able to find the third suspect, Umanah, in Ago Iwoye.

“The complainant identified them as his former employees when they were brought before him; he had recently fired them for certain misconducts,”

He continued by saying that the suspects admitted to committing the act while being questioned.

They stated that they made the effort solely out of dissatisfaction over the complainant terminating their appointment.

Lanre Bankole, the Ogun County Police Commissioner, has ordered the suspects to be transferred to the State CIID’s anti-kidnapping squad for a covert investigation.