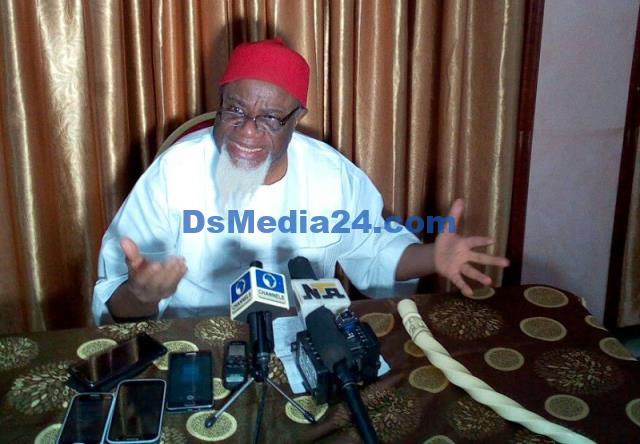 Chukwuemeka Ezeife, a former governor of Anambra State and prominent Igbo, has criticized President Muhammadu Buhari’s security council, pointing out that not even an Igbo man is included in the group.

Nnamdi Kanu had been ordered to remain in solitary detention by the national security council notwithstanding the Appeal Court ruling clearing him of all allegations levelled by the Buhari administration.

On Monday, Ezeife claimed during an appearance on Arise Television’s The Morning Show that a government advisory body like the security council should have taken into account the increased risk of terrorism that Nnamdi Kanu’s continued arrest would bring.

“On the same day that the issue arose, our leader, Prof. George Obiozor, president-general of Ohanaeze Ndigbo, phoned me and said that he was getting ready for us to visit the President to convince him to free Nnamdi Kanu, and very soon, he’ll organize, obtain an appointment to go meet President.

By the way, there is no Igboman there. And this is one of the things that irritates Nigeria’s young men because President Buhari’s government is making every attempt to drive the South East out of the country.

But they are unable to drive us from Nigeria. Here we are. With our feet, we cast a single Nigerian vote. In comparison to simply joining the government, the national security council ought to have done a little bit better.