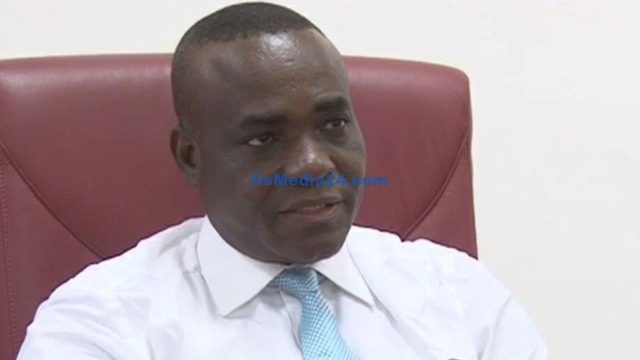 Monday, a Federal High Court in Abuja set October 24 as the date to hear a motion by Senator Ita Enang to join the lawsuit that Akanimo Udofia and the All Progressives Congress (APC) filed against the Independent National Electoral Commission (INEC).

Justice Emeka Nwite set the date after Enang, who used to be the President’s Special Adviser on the Niger Delta, told him that the plaintiffs had just served him with their counter affidavit and he would need time to respond.

The News Agency of Nigeria (NAN) says that Justice Nwite has set October 6 as the date for making a decision about the case.

But when Enang showed up in court, the judge had to stop giving the verdict because of Enang.

He is also asking for an order telling the Commission to publish his name as sent by the party to it.

INEC was named as the only defendant in the suit, which was filed by the APC and Udofia and given the number FHC/ABJ/CS/1290/2022.

In the lawsuit, the people who filed it, APC and Udofia, said that INEC couldn’t refuse to publish the name of a candidate for a political party that was sent to it.

After hearing from both sides, the court decided that the case would be decided on October 6.

But when the case was brought up for a decision, Enang called the court’s attention to the fact that he wanted to be a part of it.

He said that the court’s decision wouldn’t be fair if it was made without hearing him out.

He said that the process and results of the APC governorship primary in Akwa Ibom on May 26 are being fought over in a Federal High Court (FHC) in Uyo, Akwa Ibom.

He said that the parties and the issue in the Uyo court case were the same as in the Abuja court case.

When the case was called, Enang, who was there by himself, said that he had sent the plaintiffs a letter last Wednesday asking to be added as a necessary party.

But the plaintiffs had just given him a counter affidavit this morning (Monday), and he would need time to respond.

Valentine Ofia, the lawyer for the plaintiffs, said that the case was supposed to be judged on the last postponed date. The court was kind and let Enang’s oral request to file his motion go through.

He said that Enang’s request was just a way to put off making a decision.

But the judge said that Enang’s request had to be heard in order to be fair and do what was right.

Enang said that when the court said yes to his request, he made sure to file his motion and serve the plaintiffs on time.

He said that the certified true copies of the Uyo court documents were only given to him and served on the plaintiffs on Friday.

He said that the APC’s candidate for the next election was supposed to be him.

After Ofia said that he had received the papers, Justice Nwite put off hearing Enang’s motion until Oct. 24.

According to NAN, Enang said in a motion dated and filed on October 12 that he ran in the APC Akwa Ibom governorship election on May 26 with Udofia and other people.

He said that the plaintiffs were trying to get a judgment against him behind his back because they didn’t serve him with the court papers even though they knew he was an important part of the case.

Enang asked the court to approve his request so that he could protect his interests as an APC candidate in the governorship election.