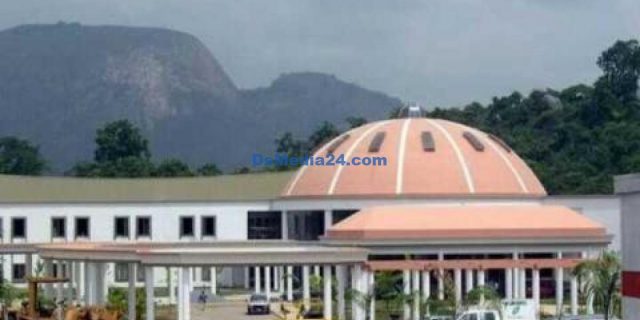 Since he took office in 2015, he has been to London, UK, many times for medical care.

In 2023, the Nigerian government wants to spend N393,661,239 to finish building the presidential wing of the State House Medical Centre at the Aso Rock Villa in Abuja.

This is in the N20.51 trillion budget proposal that President Buhari gave to the National Assembly at a joint session last Friday for the 2023 fiscal year.

But President Buhari doesn’t use the State House medical center, even though a lot of money was budgeted for it and is said to have been spent on it.

Since he took office in 2015, he has been to London, UK, many times for medical care.

Over the years, billions of naira have been spent on building and equipping the presidential clinic in the State House. However, in 2017, Nigeria’s First Lady, Aisha Muhammadu Buhari, criticized the management of the State House Clinic when she complained that there wasn’t a single syringe in the hospital when she went there.

Also, President Buhari’s daughter, Zahra, is said to have made the same point on her Instagram account when she criticized Jalal Arabi, the Permanent Secretary of the State House Clinic, for not being able to get “ordinary paracetamol” for the clinic even though N331.7 million had been budgeted for it that year.

READ ALSO:  Tinubu Is A Drug Lord, According To Reno Omokri

Umar, the Permanent Secretary, also said that the federal government had paid N8.5 billion out of the N20.8 billion budgeted for the same project in 2022.

It means that at least N10 billion has been spent on building the Presidential Wing of the State House Clinic between 2020 and 2022, even though neither the President nor his family has used it yet.