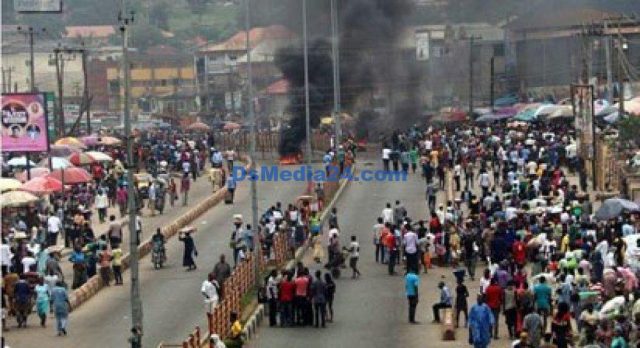 Internet fraud suspects in Oyo protested in the streets today against the EFCC’s (Economic Financial Crimes Commission) operations there.

The demonstrators openly carried several placards and banners with inscriptions calling for an end to all EFCC street operations, particularly those targeting internet fraudsters.

One of the demonstrators who talked with media claimed that the EFCC should not interfere with them since they only seek to obtain money for their dads from their victims.

In response to the demonstration, the EFCC labeled it a “campaign of calumny.”

The EFCC declared on Twitter that it would not be discouraged by a simple campaign of defamation because its mission was to cleanse Nigeria of all economic and financial crimes.