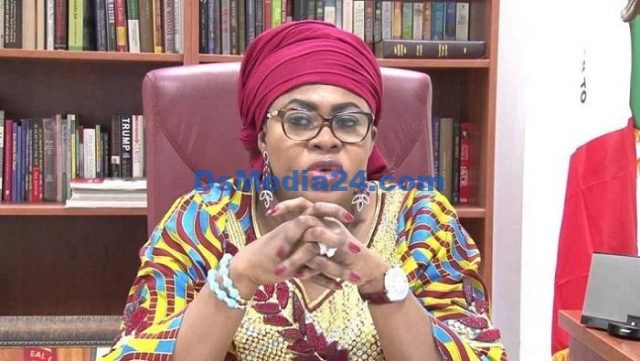 Senator Stella Adaeze Oduah, a former minister of aviation, will now be charged with money laundering for allegedly stealing N7.9 billion, according to an order from Attorney General of the Federation and Minister of Justice Abubakar Malami.

Therefore, the directive sent in a letter to the Federal High Court has ended the six consecutive adjournments of the arraignment.

Oduah and the other defendants in the alleged fraud trial were supposed to be docked last year, but this was postponed six times as a result of the AGF’s request to have time to review the case file and offer legal advice.

The Economic and Financial Crimes Commission, or EFCC, however, presented a letter from Malami to the court on Wednesday during the proceedings, requesting that the Senator be formally docked for the alleged violations.

The dates of Mrs. Odua’s arraignment and full-scale accelerated trial were set for February 13, 14, 15, and 17, 2023. She appeared in court together with her other eight co-defendants on those dates.

Following confirmation from the parties that Malami, a Senior Advocate of Nigeria, had really sent the letter and copied them as required by law, Justice Inyang Edem Ekwo set the date.

In the accusations, the EFCC claimed that Mrs. Oduah stole N7.9 billion from the government while she was a minister for former President Goodluck Jonathan.

They are accused of conspiring, money laundering, and keeping secret bank accounts.