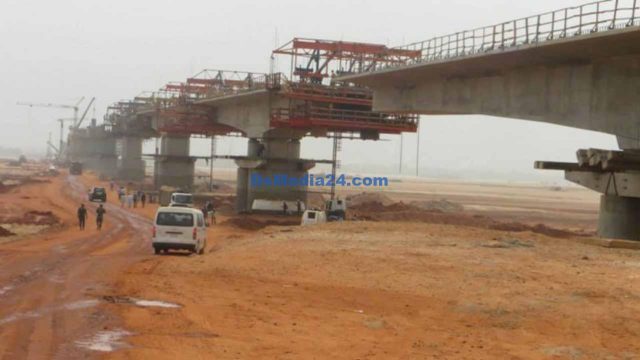 The Second Niger Bridge would be fully operational by the first quarter of 2024, according to Seyi Martins, the acting Federal Controller of Works in Anambra State.

Martins, though, asserted that the bridge will be formally opened by December 2022.

The Council for Regulation of Engineering in Nigeria, or COREN, was invited to the bridge site over the weekend, and he welcomed them there by revealing this.

The Controller stated that the first part of the project had been substantially finished, and that all that was required was to finish paving the Asaba-bound carriageway lane’s asphalt surface.

The bridge project is 95% finished, and delivery is scheduled for the end of December 2022. However, work has not yet started on the second phase, which consists of a 3.3-kilometer road approach on the Delta side and a 7-kilometer approach road on the Anambra side.

“The second part of the project has yet to begin, but the government has deemed it appropriate that it would be open to traffic upon completion of the first phase,” he said.

As a road was being built to connect traffic on the Asaba-Benin Expressway to it, he noted that the bridge would be accessible from the interchange at Oba on the Onitsha-Owerri route until the second phase was finished.