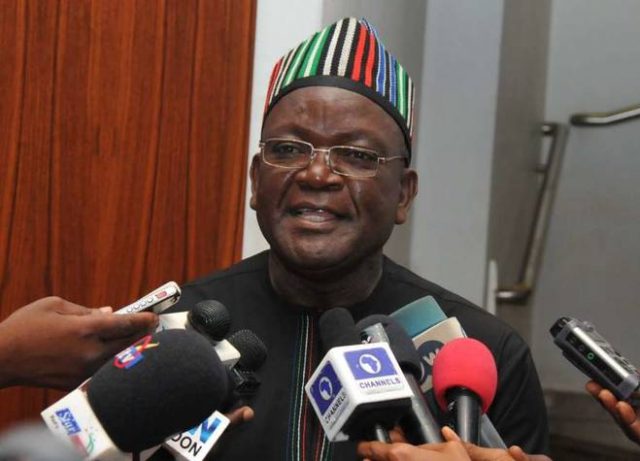 Ortom disclosed that he had no input into the campaign council’s makeup and as a result, he will continue to run on his own.

In response to Abubakar’s remarks regarding his insults of the Fulani ethnic group, the governor addressed on Tuesday.

At a recent political event in Kaduna state, Abubakar accused Ortom of falsely portraying the Fulani population of Benue as terrorists and robbers.

I had a heated argument with Governor Ortom about his allegations against the Fulani people. I am a Fulani man; why should you lump all Fulanis together? We need to improve the way we treat our animals. Samuel Ortom has offended me for portraying Fulani as terrorists and bandits, Abubakar had previously stated.

In response, Ortom claimed that he had only named assailants of attacks in Benue migrant Fulanis from Niger, Mali, Senegal, Mauritania, Libya, and Chad.

Atiku, who is running for president, was advised not to assume the wrong things about a governor who is now in office.

According to Ortom, he has written to Atiku to demand an apology for the unfair stereotyping.

“These are Fulani from Niger, Mali, Senegal, Mauritania, Libya, and Chad who have come together to say they will take over our country to become their own and that is why they have displaced our people,” the Fulani man said. “I have never profiled any Fulani I have always qualified whenever I call Fulani. Who on earth would advise against me saying that? Ortom declared, “I am the governor of Benue State.

Why should I keep quiet about my adversaries killing my people when more than two million people have been displaced? I’m still dedicated.

“I have written to our presidential candidate to inform him that his comments against me in Kaduna were unfair. I also informed him that I required an unqualified apology from him. The next morning, he responded to the conversation and apologized despite accepting what was said without contest.

“Saying something of such nature by a presidential candidate who wants to rule the people was improper.

It was seriously wrong. Furthermore, it appears that he doesn’t even mention me or regard me as the governor of my state.

“I don’t work for his campaign. I didn’t give my OK for the persons they chose to be there. So I’ll be left alone. However, I’m waiting. We will cast our votes in accordance with the election results when they are announced.