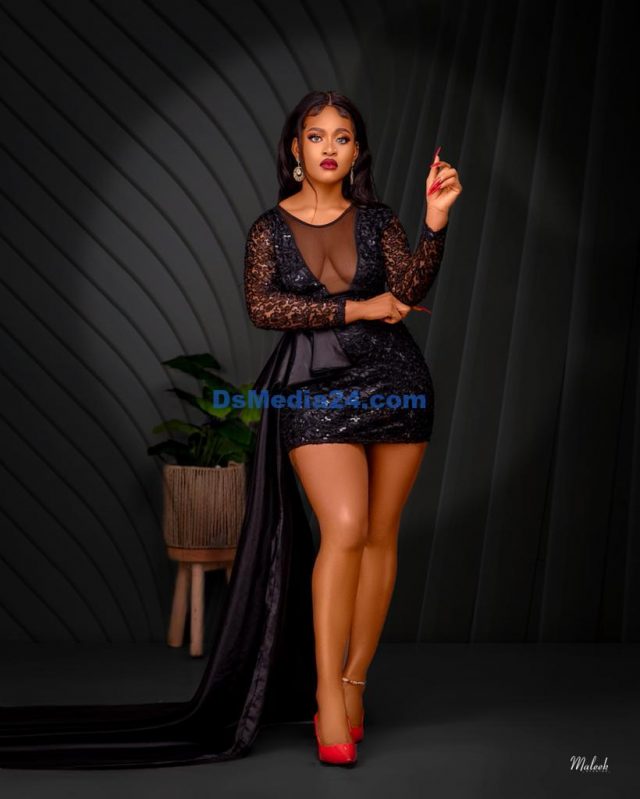 Social media users in Nigeria have congratulated Phyna, a housemate on Big Brother Naija, on her victory in the seventh season of the reality competition.

Recall that Phyna won the season of Level Up that was broadcast this year in the grand finale on Sunday.

Bryann finished in second with 28% of the vote, while she received 47% of them.

She left with goodies for a mouthwatering N100 million.

As a result of her outstanding performance within the house, viewers responded by saying Phyna earned the award.

@Dammiedammie35, “I recall that level 2 roommates started to leave the show one by one at the beginning. Although I thought none of them would even get to the finals, a level 2 winner has been announced. Give it to the winner, please. Congratulations on reaching level 2, PHYNA.

@Nuella may, “With that percentage, we beat those guys in the poll. 40%? With the entire gang? I’m crying now. PHYNA, congratulations.

@tweetoracle, “Congratulations to Phyna for winning #BBNaija for the second time. She outclassed everyone and did it with style. She will be honored because she is the norm. Be respectful of that name.

@Prada3236, “My delight is brimming over. Phyna, you deserve all the support from the global Phynation. We are the true Mvps, I am speechless. Phyna, congratulations.

@thebalomaanda, She triumphed because she entertained us. despite all difficulties, hatred, and gang up. Phyna, congratulations. You won’t succeed without love if you want to shout who dey next year.

@Omosule, “We are grateful to Phyna for bringing the hype business into the public eye and inspiring us to believe that we can be heard and seen. The hype is still active. PHYNA, congratulations.

@letherosietoo, “The winner who deserved to win triumphed. Phyna entertained us. She completed all of the objectives and battles. After five years of anticipation, Phynation declared her the winner. I WISH YOU THE BEST, PHYNA.

@Sinazao Sinn, “They referred to her as ghetto, razz, nasty, impolite, and a man thief. When she returned, God had set a table in front of her adversaries! Phyna, congratulations.

@beckyansy, “Phyna, the second female winner, is honored. The game was played. an all-around gamer who maintains his level outside of games. I wish you well in closing that gap.

@Aginas, As evidenced by the chart, which shows how Big Brother Naija Level up season viewers voted, the voting process was expressly transparent.