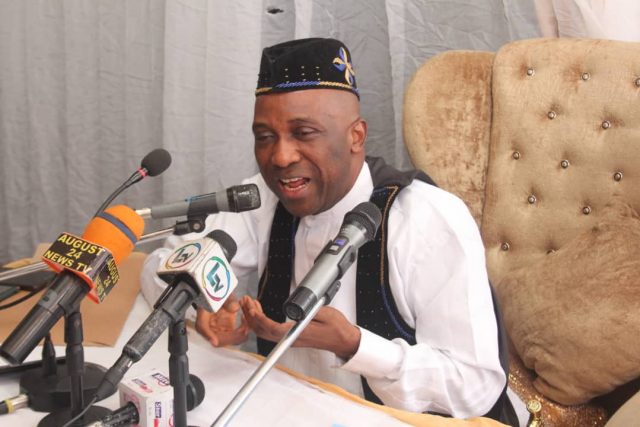 Primate Elijah Ayodele, the leader of the INRI Evangelical Spiritual Church, requested on Sunday that Godwin Emefiele, the governor of the Central Bank of Nigeria (CBN), be fired.

Primate Ayodele explained to his audience during a live service that altering the current would be a complete waste of resources rather than adding anything to the country.

He declared that the CBN governor and his staff should be dismissed of their jobs because they are seriously confused.

Primate Ayodele noted that Nigeria cannot recover from its economic problems in the next six years and that the President has every right to fire the CBN governor since he is manifestly underperforming.

He declared: “CBN Governor Godwin Emefiele should be fired since he is unable to solve Nigeria’s economic problems. More economic suffering will befall the nation, and the value of the naira will continue to decline.

“He doesn’t understand the economy, and he’s already tired of it. For the next six years, we are unable to escape these problems.

What’s stopping the firing of Emefiele because it is obvious that he is not performing? Former president Goodluck Jonathan fired Sanusi as CBN governor when he wasn’t performing.