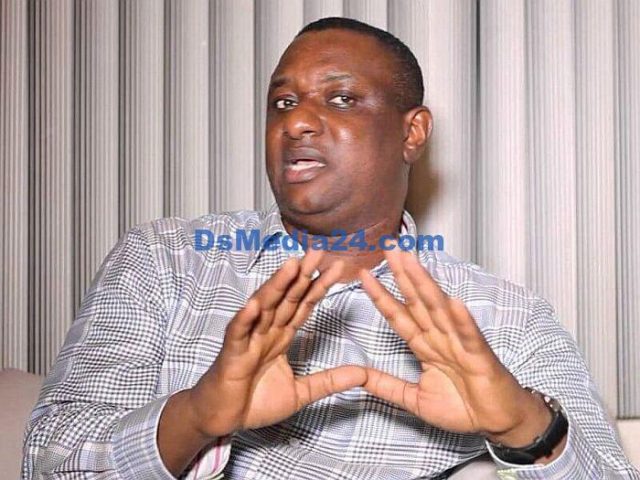 The Peoples Democratic Party (PDP) launched its presidential campaign on Monday in Uyo, the capital of Akwa Ibom State, and according to the Tinubu/Shettima Presidential Campaign Council of the ruling All Progressives Congress (APC), it was a disaster waiting to happen.

Festus Keyamo (SAN), the Minister of State for Labour and Employment and Director of Public Affairs and Chief Spokesperson for the Tinubu/Shettima Presidential Campaign Council, claimed in a statement on Monday night that the PDP had utterly failed to get its house in order before going door to door to solicit Nigerians’ votes.

The PDP, according to the ruling party, is unable to unite Nigeria because it cannot even settle its own internal disputes as elections draw near. It further stated that the fact that some party-affiliated governors and other important party figures abstained from the event was a sign that the party would lose in 2023.

The PDP’s presidential campaign launch on Monday in Uyo, Akwa Ibom State, was, as predicted, a nightmare waiting to happen, according to a portion of the statement. The irresponsible PDP did it again, treating the now educated Nigerian public with contempt and disrespect.

Nigerians endured today additional anguish from having to see a show of shame and hearing to a litany of lies spouted at the gathering by failed, expired, and rejected politicians, in addition to the obscenity of a poorly staged farce mistakenly called a flag-off.

“For instance, what else could have prodded PDP’s now-discredited’sit tight’ National Chairman, Iyorchia Ayu, to be arrogant enough to appear on a stage today in Uyo and make any promise to Nigerians, other the lack of the sense of shame.

“When five of the thirteen sitting governors and the national vice-chairmen of the South-South and South-West reject the PDP’s flag-off campaign, it is clear that Nigerians should not support the PDP’s presidential candidate in the upcoming election.

Therefore, not much should be anticipated from such a gathering. How would a candidate for president of such a diverse nation as Nigeria be able to bring people together when it is clear that he or she cannot calm the frayed nerves of disgruntled members inside their ranks? Without a doubt, you cannot give what you lack.