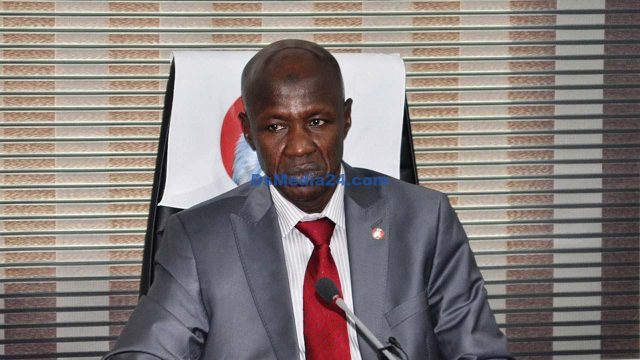 The former acting chairman of the Economic and Financial Crimes Commission (EFCC), Ibrahim Magu, has referred to himself as a corruption victim who is fighting back.

Magu claimed that corruption retaliated and forced him out of his position as head of the EFCC.

The former head of the EFCC claimed that recent events have proven that while speaking on Sunday in Abuja.

“I am a corruption victim fighting back, but I’m glad that recent events are telling Nigerians the truth,” he stated.

Mohammad-Saeed Ibrahim-Magu, who is his son, attended the event in his place.

He emphasized the need to look beyond political allegiance in the nation’s fight against corruption.

He declared that the battle against corruption in Nigeria was a moral obligation that required people to go past their political allegiances and preferences.

Following his misappropriation indictment in July 2020, Magu was taken into custody.

The panel charged Magu with serious misconduct under the direction of former judge Ayo Salami.