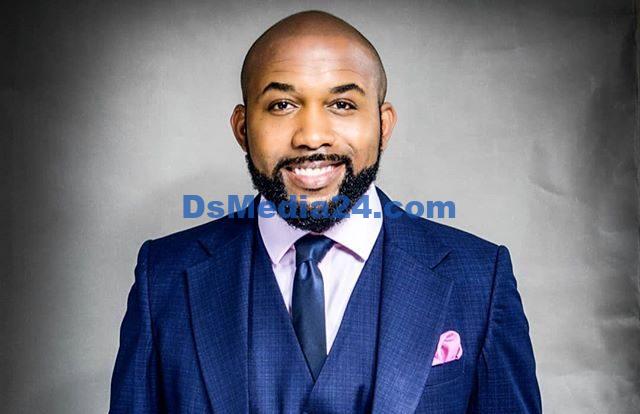 Some of Nigeria’s problems are said to be the fault of the Peoples Democratic Party (PDP), which is led by Bankole Wellington, who is better known by his stage name Banky W.

Banky W, who is running for the Lagos House of Representatives from the Eti-Osa Federal Constituency, said this on Wednesday during an interview with Arise TV.

He said that he got into politics to help solve the problems facing the country.

He said, “In 2018, I started to feel like Nigeria’s problems come from the top down, but the solutions come from the bottom up.” So we have to start with the National Assembly, the Senate, the House of Representatives, and the state houses of assembly. So, when I talked to young people back then, they didn’t even know who was running.

“Then I started to think, and I felt this weight that said, ‘If you, with your education, success, background, following, audience, and voice, can’t stick your neck out and say, ‘I can be a part of this system, and I can bring a solution to the table,’ then who am I waiting for?'” Politics will always be dirty and dangerous as long as good people don’t get involved.

Wellington also said that he chose PDP because he thought it was the party that best matched his beliefs. This was after he tried out a less popular party that didn’t work out and was later deregistered by INEC.

“About the choice of PDP, politics is local, and to win elections, you need a plan. In 2019, we ran with a party called MDP. But MDP was just me and a friend of mine named BK. He ran in the state of Ondo, and I ran in the city of Lagos. We were just a group of teenagers.

“After that election, INEC took most of the political parties I fully supported off the books because they were 96. It didn’t make sense. And if you look at any working democracy in the world, like the United States, you’ll see that you have to be a Democrat or a Republican to run for office. So it’s also between Labour and Conservative in the UK.

“So, I looked at both parties and asked myself which one I could join without losing my soul and where I could stand up for what I believe in and fight for what I wanted to fight for. And the PDP met all of my needs. He said, “It really is a democratic party.”

“But the truth is that we have to recognize the pain that many young people feel and the frustration that many Nigerians feel, some of which was caused by people in the PDP.

“But from my point of view, a system is only as good as the people who use it. A system is just a group of people working together to get some kind of result. So, as long as we avoid the process, the system will continue to be bad.

“In reality, I’m not here to defend anything that anyone in the PDP has ever done. That is not what I do. He said, “I’m here to change it.”