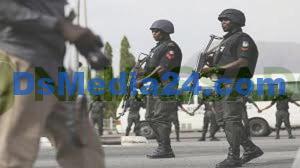 Jerome Chukwuemeka, a 15-year-old boy, was killed in the Ago-Okota area of Lagos State. The Lagos State Police Command has started an investigation to find out what happened.

It was learned that the victim’s father found his dead body in his room when he got home from work.

It was said that when the angry father looked closely, he saw that Chukwuemeka’s hands were tied and his throat was cut.

His family was saddened by the situation, and neighbors gathered in front of the house where the father had lived to express their sorrow.

As of the time this report was written, no one was said to have been caught.

When asked about it, Benjamin Hundeyin, who is in charge of public relations for the state police, said that it was true and that an investigation was still going on.