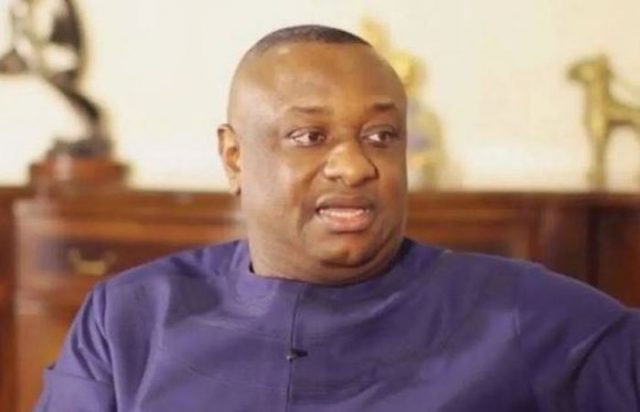 Festus Keyamo, the minister of state for labor, claimed that Dele Momodu, the leader of the Peoples Democratic Party (PDP), was solely interested in Atiku Abubakar’s money.

Momodu, who is running for the same office in the PDP, previously referred to Keyamo as a bother and a symbol of the Buhari regime.

In response, Keyamo referred to the publisher as a wretched individual who overestimated himself before collapsing like a wingless bird due to an unsuccessful run for president.

The minister uttered the word Momodu and ultimately became the hyperactive attack dog and hireling of maybe the worst serial loser in Nigerian election history.

Keyamo pointed out that his opponent’s only resume for a run for president consists only of picture ops with famous people and other aristocrats.

This is the tragic tale of a failed clown in his sixties who is desperately attempting to pick up the shards of his life by dishonestly worming his way into Atiku Abubabar’s coffers.

Keyamo claimed that Momodu was fast to assume the “freedom fighter” toga on behalf of the former governor of Lagos, Akinwunmi Ambode, who was denied the APC’s second term ticket in 2018.

The Senior Advocate pointed out that on October 26, 2019, Momodu wrote a column praising Tinubu despite being a “PR consultant” to Ambode.

The PDP official is a man who supplies his next meal ticket, according to Keyamo, who also claimed that Momodu operates at the lowest level of moral immorality.

READ ALSO:  Gov. Makinde explains why he wasn't there when Atiku ended his campaign in 2023

“This con artist’s most recent victim is Atiku. Expect Mr. Momodu to perform another somersault by sloppily writing another Oriki (praise) if, by God’s grace, Asiwaju is elected president the next year.

The addition was made.