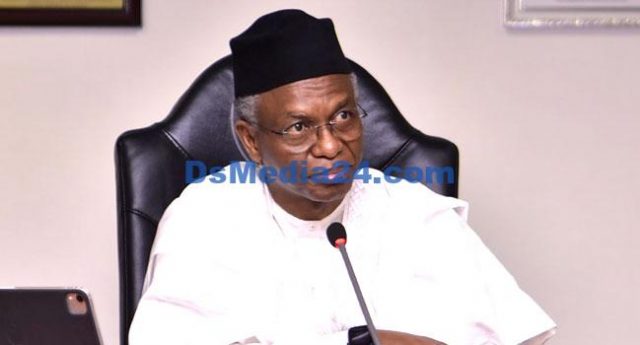 The governor of Kaduna State, Nasir el-Rufai, has asked the Federal Government to privatize the oil and gas industry before it brings the whole country to its knees.

In July 2022, the Nigerian National Petroleum Company (NNPC) Limited went from being a corporation to being a limited liability company.

Thursday, he called for this when he spoke at KADINVEST, an economic summit in Kaduna.

El-Rufai said that the government has no business being in charge of the oil industry.

He said that NNPC hasn’t contributed much to the federation account this year, which means that the company isn’t making the country any money.

“Everything the federal government tries to do makes things worse. “The government should get out of everything it can,” he said.

“People shouldn’t think I’m crazy when I say the government should get out of oil and gas. Nigeria’s government has no reason to be in the oil and gas business. It has failed on every level, so they should just give up and leave.

“NNPC hasn’t given N20,000 to the government account this year. We get our money from taxes. This country is kept going by PPT, royalties, and income tax.

“NNPC says that all of the oil money has been spent on subsidies, but I don’t believe that. So, the government should sell everything, including the oil and gas industry. Since 1999, when I was in charge of the Bureau of Public Enterprises, I have been making this point (BPE). I still think the same way.

“The government should get out of the electricity business. Let the business world handle it. Keep the environment clean. There will be money.

“NNPC hasn’t changed at all, except that L has been added to stand for “limited.” Still, they take our money. They still report profits, but we don’t get any of the money.

“NNPC is a big problem for Nigeria, and if we don’t fix it, it will bring Nigeria to its knees. It’s a problem with the whole system, not just one person.”