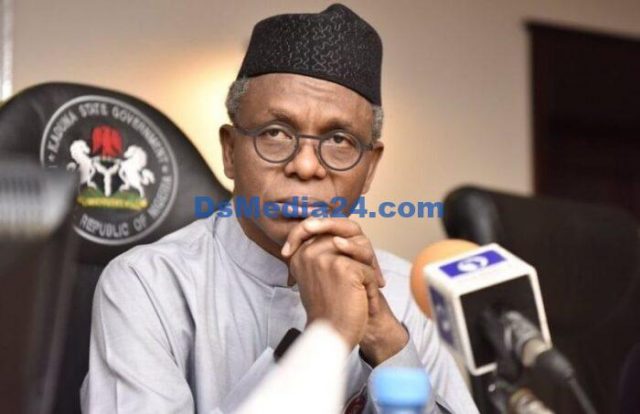 Yesterday, Kaduna State Governor Nasir el-Rufai said that local security groups and vigilantes do not have the guns they need to fight bandits.

He said that giving Amotekun weapons is a simple way to fight banditry and other crimes, and he insisted that “they are not up to scratch.”

The governor said this on the morning show Sunrise Daily on Channels Television. He called the plan of the governor of Ondo a simple way to fight bandits.

Rotimi Akeredolu, the governor of Ondo State, had asked the federal government many times to let the security force carry assault rifles like AK-47s so they could fight violent criminals like bandits and herders.

But Governor el-Rufai said that the “sophisticated” non-state actors are too smart for the vigilantes.

He said, “Local security networks can only gather information about the local area. They don’t have guns to fight against these guys (bandits).

“These people can sometimes even beat the army. So, when people say, “I want to get an AK-47 for my Amotekun,” they are being too simple. You have no idea what you’re up against.

“We get it. These guys have a lot of weapons. They are getting sophisticated weapons. They sometimes have better weapons than the military. Those vigilantes don’t measure up.”

The governor said that the state’s security had improved over the past six weeks.

One of the north-west states that bandits target is Kaduna. In the last few years, there have been many kidnappings and killings in this state.

But El-Rufai said that the military’s new strategies are reducing the number of attacks in the state. He also said that Kaduna would be safer if these strategies had been used a few years ago.

“I’m glad to say that things have changed in the last six weeks. The military has now sent special forces here. And the thieves have been caught. They are being bombed by the air force. All the things we asked for two or three years ago are now happening.

“If that had happened three years ago, things would be very different now. Because there were a lot less of them three years ago and we knew where they lived and everything else about them, he said.

A group wants the FG to let Amotekun get a gun.

The Osun Masterminds, TOM, a coalition of human rights groups, asked the Federal Government yesterday to let the Western Nigeria Security Network (Amotekun) use arms to fight crime in the southwest.

During the monthly State-of-the-State address in Osogbo, Dr. Wasiu Oyedokun-Alli, the Executive Director of the group, said that since its start, Amotekun had helped the Nigeria Police Force protect lives and property in the region.

He said, “We join the calls of many people in Yoruba land for the Federal Government to approve arms for the Amotekun Corps, as it has for a similar security group in another part of the country.”

“In the absence of State Police, Amotekun Corps has helped the Nigeria Police Force keep people and property safe in a big way. So, letting them carry guns, but only after they’ve had a lot of training, will help them catch criminals more effectively.