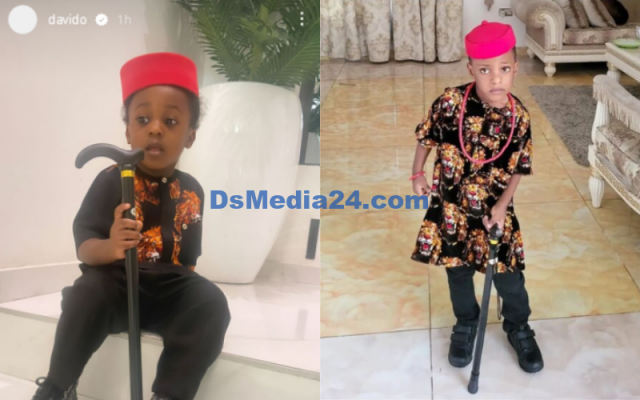 Celebrities from Nigeria have been proud to show off the traditional clothes that their children are wearing for Independence Day.

On Nigeria’s 62nd birthday, which is October 1, a lot of schools in Lagos put together an Independence Day event.

The proud moms put pictures of their cute kids on their own pages and wrote something about them.

Laura Ikeji talked about how hard it was to get her children, especially her daughter, to wear her clothes.

“Today has been really hard. Ryan was so happy with his outfit that he couldn’t stop dancing. But you look at Laurel. She showed us pepper, but we were able to get her to put on her clothes in the end. She is both Iyawo Oba and Riyan Mallam.

Mercy Aigbe posted a picture of her son in his Edo-Benin dress and wrote, “For the culture. Oba ghato kpere!!!

Toolz wrote, “Look at our lovely #UnemployedLittlePeople for Nigeria’s Independence Day. “I love my kids!”

Sunmbo Adeoye said that she made clothes for her two younger children out of the traditional wedding wrapper. She wrote, “This is the wrapper from my Traditional Wedding almost ten years later.”

Ruth Kadiri posted a picture of her and her daughter spending time together with the word “Bond” as the caption.

Linda Ikeji, a blogger, wrote in the title of her post, “Igwe Jayce! It’s my first photo.

“My not so little babies..the reason for all the fuss, my prince and princess,” Lola Okoye wrote in the post’s caption.

Look at the pictures:

They all look beautiful!