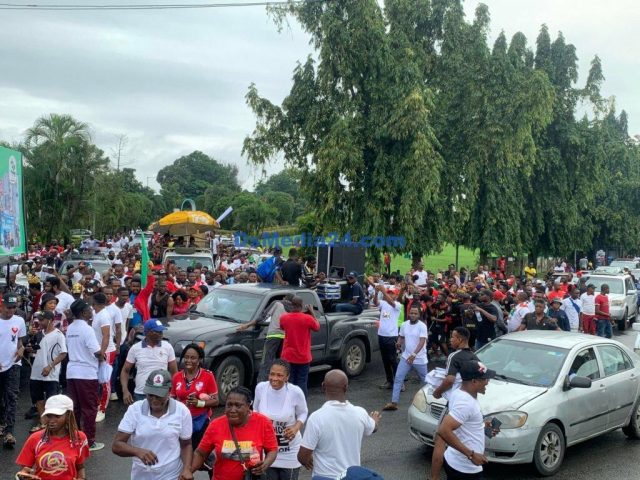 On Monday, 3 October 2022, the city of Calabar was shut down for more than five hours as various Labor Party supporters in the state took to the streets for a rally.

Major Calabar roads and surrounding streets near to the eleven-eleven roundabout, a popular gathering place where important state events are frequently conducted, were crowded with partygoers.

As early as seven in the morning, they had gathered at the roundabout from which they had taken to the main thoroughfares.

Over four hours of snarled traffic in cars put a stop to both economic activity and the free flow of traffic.

While older LP supporters screamed, “Our time is going out,” the younger ones chanted, “Freedom has finally come.” We are taking this action for your benefit. You had better get up, take use of the opportunity, and break free from the cabals and dishonest politicians.

According to Ogar Osim, who was speaking to reporters, the march was expected to draw about 2 million people, but there were really 500 thousand more people present.

“It’s clear that Nigerians are sick and weary of other parties sabotaging our common successes and using them for their own selfish ends.