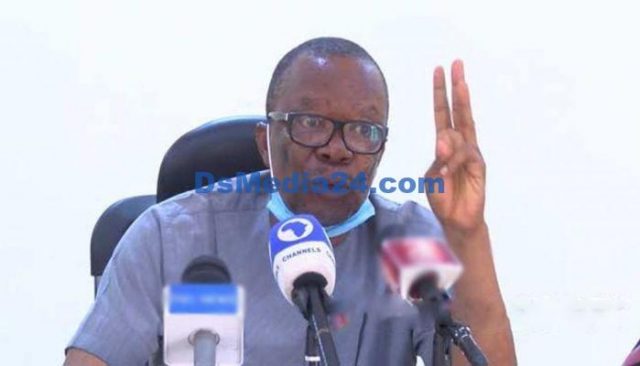 Prof. Emmanuel Osodeke, President of the Academic Staff Union of Universities (ASUU), discusses the challenges returning to work due to the outstanding eight months’ wages.

This occurs just days after the union, in response to a court order to resume their eight-month strike, put it on a conditional hiatus.

Prof. Emmanuel Osodeke discussed a variety of factors that make resuming challenging in a recent interview with Channels TV, one of which was transportation.

When I went to school, every instructor lived on campus, and you could walk to your office. Nowadays, however, many teachers live 20 to 30 kilometers away from their places of employment. How will they cover the cost of their commute to work?

These are the problems that we’ll face and that the branches will have to resolve. While we are working on other matters, we expect the government to pay the money [eight months of unpaid salary arrears] so that these people can return to work.

We called off the strike in the hopes that the government would act appropriately, and that by tomorrow, if the universities were open, the professors would resume their jobs.

Due to the fact that the issues have not been entirely addressed and no agreement has been reached, we are resuming because we are following an industrial court ruling.

We also hope that the Speaker of the House of Representatives, Femi Gbajabiamila, will intervene as he promised to do in order for us to quickly find a solution to this issue.

Our professors will educate, but you can’t expect someone who is owed eight months’ pay, possibly from his bank, who has racked up more than N1 million in loan proceeds, and you haven’t given him a single kobo to attend to class and teach.

I hope they go there and give it their all because of the kids. You can’t expect a man who is starving to attend school with an open mind.