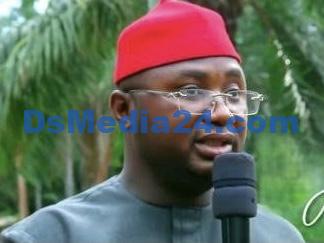 His friends reported that he passed away in Abuja on Thursday afternoon following a protracted fight with lung cancer. He was 42.

Having spent years covering national issues for the News Agency of Nigeria, Mr. Atoye, a skilled news reporter, joined civil rights activity in the late aughts. After briefly entering politics during Goodluck Jonathan’s PDP presidency, he returned to activism and co-founded the Centre for Civil Liberty, which he oversaw from Abuja.

Mr. Atoye demanded strict accountability from the Buhari administration, which quickly turned into a troubling authority for many rights activists in Nigeria and elsewhere after its inauguration in May 2015. He did this under the auspices of the center and in collaboration with a number of other civil rights organizations and activists, including Deji Adeyanju and Omoyele Sowore.

Mr. Atoye has spearheaded a movement for electoral reform in Nigeria for the past five years, and his input was widely recognized when the Nigerian parliament recently changed the country’s electoral laws.

After being silent for weeks as he fought the cruel illness that was quickly taking over his body, Mr. Atoye released a statement on Twitter thanking friends and family for their support and urging everyone to hold onto hope.

On October 23, he stated, “I have done nothing to earn all the prayers, calls, good will, kind donations, financial assistance, efforts, love and affection.

Mr. Atoye and Anthony Ehilebo were longtime friends, and Mr. Ehilebo regretted his demise as a significant loss to Nigerian civil society and political reform initiatives.

According to Mr. Ehilebo, a member of the opposition PDP, “He was tremendously enthusiastic about Nigeria and battled constantly to achieve durable reforms to our election and public service accountability.” “I am damaged,”

The cause of his death has not been made public by his physicians, but the news came as his friends were arranging to fly him to London for more medical care.

His wife and kids are still alive.